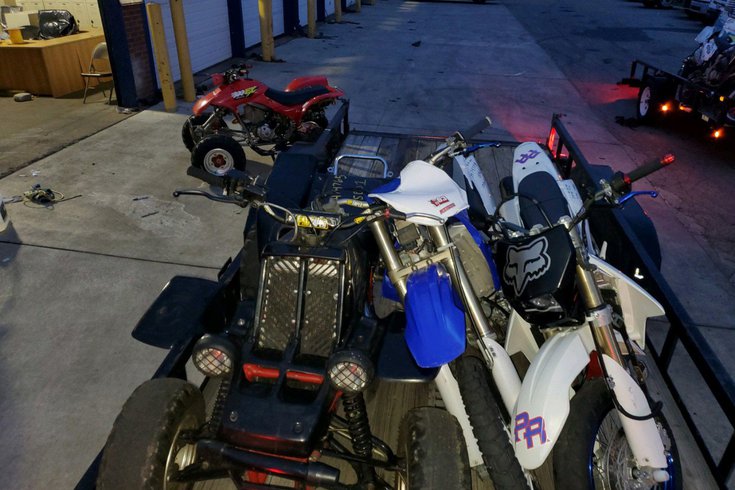 Philadelphia City Council cracked down on city code to classify more vehicles like dirt bikes and dune buggies as illegal on city streets. Some councilmembers said they are working to create a separate space for people to ride ATVs in the city safely.

Philadelphia City Council unanimously voted to close a loophole on the illegal use of dirt bikes and dune buggies on city roads Thursday.

The bill amends the traffic code to classify these bikes as illegal street vehicles — just like ATVs. It's both a safety measure and a way to appease community members who consider them a nuisance.

"Residents from every neighborhood came to us with their concerns and experiences with dangerous situations that were caused by the illegal vehicle riding," Domb said. "We also found that the illegal activity is chasing people out of the city at a time when we need people to come back to the city. We will continue to bring people to the table on this issue, including members in the riding community who weighed in on this bill, and find solutions that will keep everyone safe."

This bill consolidates all three vehicle types so the consequences are the same: a $2,000 fine and confiscation from the Philadelphia Police Department, WHYY reported.

By early May, more than 200 vehicles, including dirt bikes, were confiscated by Philadelphia Police, BillyPenn reported.

While these vehicles have long been considered a nuisance for their loud engines, many riders credit the thriving rider culture in the city as something that keeps them out of trouble.

Councilmembers said they also are working to create a space in the city where people can ride ATVs, dirt bikes and dune buggies safely. Domb and Squillia recently toured a potential site in Southwest Philadelphia.

To create a site like this, the city would have to find ways to transport the vehicles to it, register the vehicles locally, and determine who would own the park.

"We know there are many hurdles to overcome, but we really need to consider the recreational activity shifts for our residents and find some common ground," Domb said.