If you take a picture with the mural, you'll be entered to win a signed album and some merch 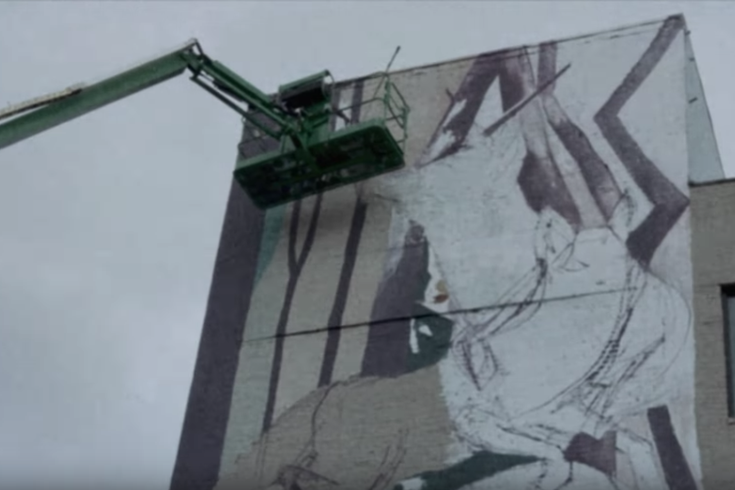 An image of the Hop Along mural in progress.

Philly indie darlings Hop Along have made their mark in Spring Garden East in quite a Philadelphia way: They now have their very own mural.

Just a few blocks from the Mural Arts Program’s headquarters, the new mural is on the side of the building at 667 North Broad St., which houses Stephen Starr’s catering group.

The band tweeted out a time-lapse of the mural’s painting on Thursday, which advertises the band’s excellent recent album, “Bark Your Head Off, Dog,” in collaboration with Philadelphia-based artist Yis "Noségo" Goodwin.

PHILLY! Have you seen our mural? Head to the Studebaker Building @ 667 North Broad(Ridge Ave side), take a photo& tag @hopalongtheband for a chance to win a signed copy of BYHOD & merch! Honored to have collaborated w brilliant artist @nosego💕 @applemusic https://t.co/H1GddDXyGO pic.twitter.com/Pco4oIcHIl

If you take a picture with the mural and tag the band on social media, you’ll be entered for a chance to win a signed copy of the album, and some merchandise.

The mural was featured in the band’s recent video for their song, “Somewhere A Judge,” which was released on Aug. 21. Check out the 2:02 mark of the video for a little behind-the-scenes action of art in progress:

The Apple Music sponsorship is a bit curious; otherwise, it seems like a welcome addition to the neighborhood for years to come.