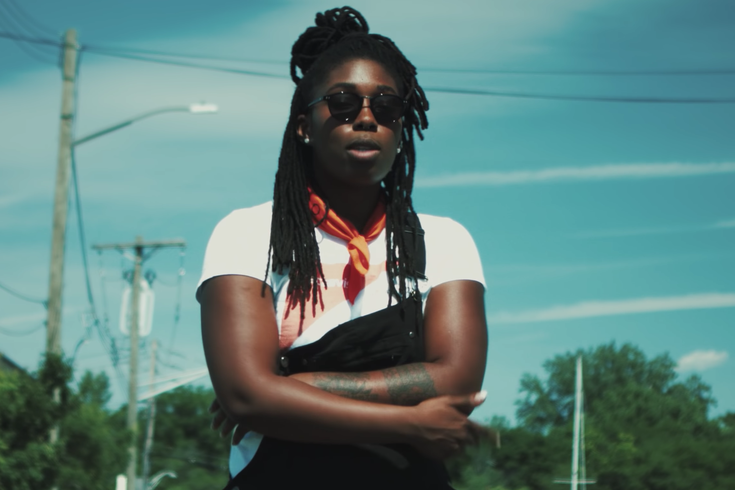 Ivy Sole, a 25-year-old Wharton grad who lives in West Philly, put out her new album this month, and for anyone who’s listened to Noname, Sole’s style and dexterity will feel right at home. Achilles — the title coming from a Jay-Z reference in the second verse — is a tight, two-verse, two-chorus track with gorgeous production and no wasted space. When Sole recounts her struggle to let people close to her in the second verse, each line cuts deeper and deeper, building towards a cripplingly good couplet: “I’m sorry for the lessons I learned at your expense/And I know it hurts that you can’t see my growth in present tense.”

“Overgrown” is out now.

We’re a few months late to this one, but the latest from Empath — a band that calls Philadelphia its “adopted home” — is a perfectly sunny pop song, bathed in layers of fuzz. Catherine Elicson’s individual words are basically indecipherable on first listen, outside of stray words like “never” and “if I see you around”, but that’s not the point: the swelling guitar chords, circling synths, and Elicson’s overall pathos mesh into one triumphant sound. The video goes extremely left after three and a half minutes, which is also fun, but the core song here is perfect on its own.

“Environments” is out now on Get Better Records.

3. Posing in Bondage by Japanese Breakfast

Recorded last year, two songs from extremely-fantastic-Philly-band Japanese Breakfast were vinyl exclusives until this week. Posing in Bondage has Michelle Zauner’s typically beautiful vocals and a straightforward beat, but the stars of the song are the spare guitar noodling and the churning, omni-present, almost subterranean synth pulsing behind everything. It’s a brief, atmospheric track, but it highlights basically everything Japanese Breakfast does well in 128 seconds.

Part of a very neat project of 27 songs about the constitution’s 27 amendments from the More Perfect podcast, 26th Amendment is Suburban Living’s ode to the voting age, and voting writ large. “When the battle comes/every November/I’m on the other side,” Wesley Bunch sings over twinkling 80s guitar riffs. It’s an appropriate theme song for the coming midterm elections, but it’s also just a really good song.