Krystal Klei gets bleeped while giving a Philadelphia weather report 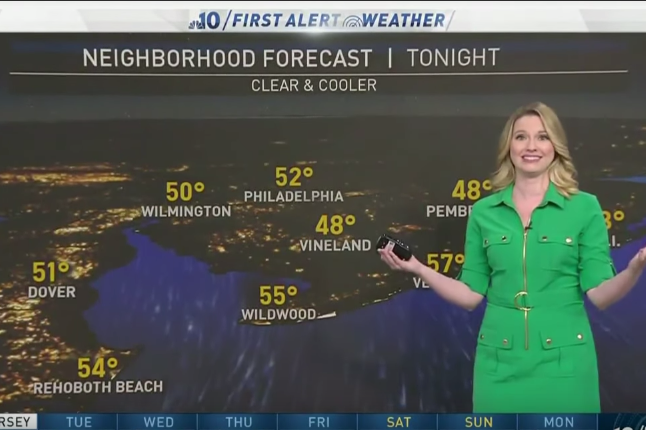 The late night segment takes TV moments throughout the week and adds in bleeps, whether it was needed or not, to "help" the FCC, Kimmel explains in the opening monologue.

The bleeped moments showed everything from Elizabeth Warren calling for an end to "small (bleep)" to NBA Final bleeps, including a sports reporter noting, "Remember this is a man who had blood coming out of his (bleep) in the Western Conference finals."

But the highlight was Philly meteorologist Krystal Klei's bleeped weather report. After giving a run down of the week's weather, she says, "These temperatures are actually a little bit cooler than average for this time of year, but it feels awesome outside. I was (bleep)-ing my dog earlier today, like, 'Yes, this is great.'"

Klei took the bleep quite well. She tweeted about the video Sunday morning, noting that she was "cracking up" when she watched it. She said in response to another user, "I thought it was hilarious! No idea how his team found my clip, but that segment is always good for a laugh."

I thought it was hilarious! No idea how his team found my clip, but that segment is always good for a laugh!