'Star Wars,' Sinatra and Queen are in the mix 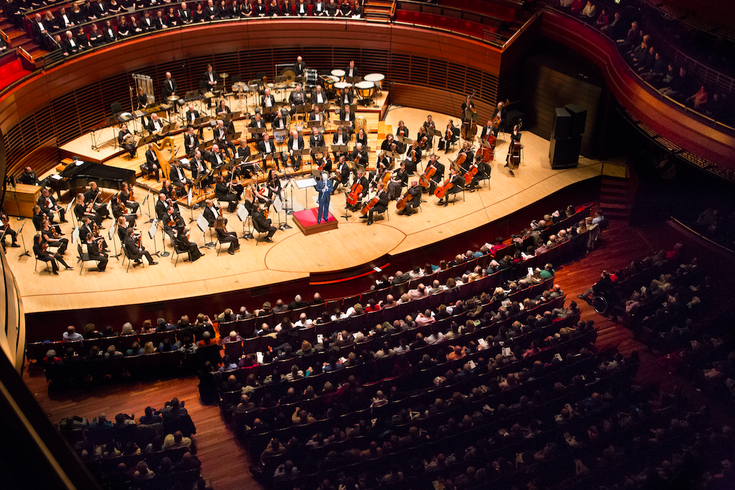 The Philly POPS perform in the Kimmel Center's Verizon Hall.

The Philly POPS have announced the 2017-2018 season lineup. Subscriptions will go on sale at noon on Tuesday, Feb. 14.

Popular performers from previous seasons will once again take the stage with the 65-piece orchestra, bringing POPS favorites back, but new programs are also in the mix.

A "Star Wars" Celebration featuring the music of John Williams

John Williams' music is memorable in so many ways. The American composer, conductor and pianist's music has been used for blockbusters like "E.T.," "Raiders of the Lost Ark," "Jaws" and "Harry Potter."

In October, the POPS will open their 39th season with Williams' iconic scores for "Star Wars."

The program will feature the Philly POPS Festival Chorus and a visit from the costumed members of Garrison Carida of the 501st Legion, who will be dressed as "Star Wars" characters.

The Music of Elton John with Michael Cavanaugh

Michael Cavanaugh will return to the stage. He performed in a sold-out Music of Billy Joel POPS show in 2016.

For this performance, he will sing Elton John’s greatest hits. Songs like “Rocket Man,” “Tiny Dancer,” “Your Song,” “Candle in the Wind,” “Crocodile Rock” and “Philadelphia Freedom” will be performed.

The POPS will join in a citywide tribute to Leonard Bernstein to mark 100 years since his birth.

Bernstein's known for the iconic music in "West Side Story," "Candide" and "On the Town."

Guest vocalist and Broadway star Lisa Vroman will return to the POPS stage after a successful run in 10 POPS Christmas shows in 2015. She will be joined by fellow Broadway stars Alli Mauzey and Ryan Silverman.

The Best of Broadway

The POPS have done a Broadway hits show before and have a Blockbuster Broadway performance coming up.

Michael Andrew will return to the POPS stage after his sold-out POPS Sinatra series in 2015.

Sinatra staples like “My Way” and “You Make Me Feel So Young” will be paired with Dean Martin’s “Everybody Loves Somebody,” Sammy Davis Jr.’s “That Old Black Magic” and Liza Minelli’s shared Sinatra blockbuster “New York, New York."

The new program will feature songs from the Rolling Stones, Led Zeppelin, Queen and other rock stars. Expect to hear classics like “Satisfaction,” “Stairway to Heaven” and “Bohemian Rhapsody” during the performance.

Broadway’s Bryce Ryness and the Philly POPS Festival Chorus will join the orchestra for the rock 'n' roll concert.

The POPS will also perform A Philly POPS Christmas, the Philly POPS Memorial Salute and during Wawa Welcome America! in the new season.