Ella Fitzgerald, Louis Armstrong, Journey to be honored, too 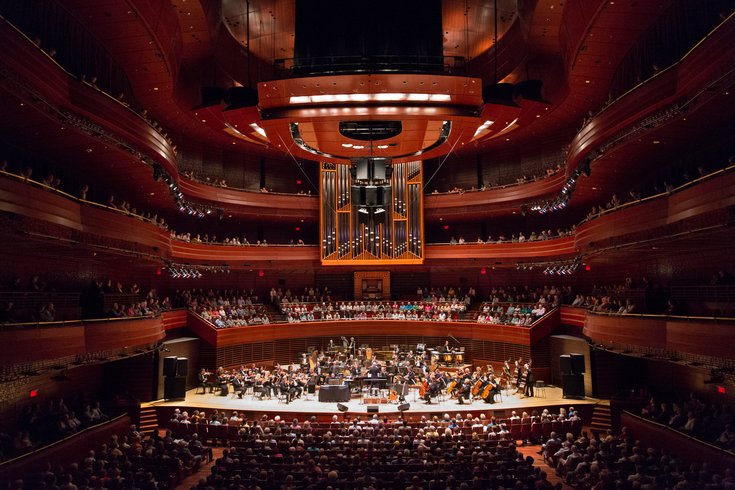 The Philly POPS perform in the Kimmel Center.

The Philly POPS, the country's biggest pop orchestra, just announced its lineup for the 2016/2017 season and it's a doozy. After a season celebrating Billy Joel, Carole King and Frank Sinatra, the group is following up with Elvis Presley, Ella Fitzgerald, Louis Armstrong, The Beatles and Fleetwood Mac.

Feb. 3-5, it follows up with "Sgt. Pepper Celebration," honoring the 50th anniversary of the "Sgt. Pepper's Lonely Hearts Club Band" album. Expect songs like "Lucy In the Sky With Diamonds," "With a Little Help From My Friends," plus extra hits like "Yesterday" and "Hey Jude."

Later in the month, POPS will pay tribute to "Blockbuster Broadway" with Philly's own David Charles Abell conducting Feb. 24-26. Broadway stars Hugh Panaro, Alli Mauzey and Nicole Parker will join him as the orchestra swings through musical theater staples from "Phantom of the Opera," "Les Miserables," "Wicked" and "Into the Woods."

March 31-April 2, POPS will honor Ella Fitzgerald, Louis Armstrong and the beautiful music they made together. Jazz trumpeter Byron Stripling and R&B singer Marva Hicks will join in for "It Don't Mean a Thing (If It Ain't Got That Swing)," "Sweet Georgia Brown," "A Tisket A Tasket," "What a Wonderful World" and more.

Closing out the season with "POP ROCKS," the orchestra takes on the music of the Eagles, Fleetwood Mac and Journey on May 5-7. From "Hotel California" to "Don't Stop Believin'," expect all your soft rock favorites.

Subscriptions for the new season are on sale now.