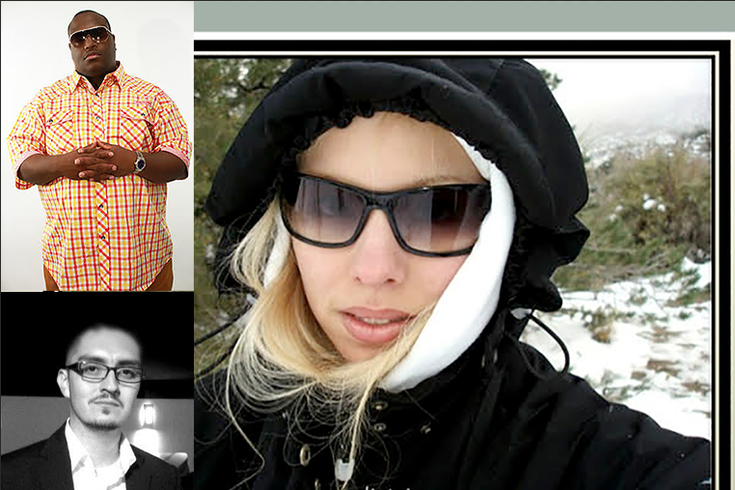 Are you the type of person who pays close attention to high-profile court cases that rise to levels of Nancy Grace fixation? If so, the name Jodi Ann Arias will instantly set off shrieking sirens in your mind.

For those who aren’t familiar with that name, however, she’s the 35-year-old woman who – after a salacious, highly publicized trial – was sentenced to life in prison for fatally stabbing and shooting her ex-boyfriend Travis Alexander in Mesa, Arizona, more than seven years ago.

While the case has receded into the background of late, Philly born-and-bred rapper/blogger Kareem “Lefty” Williams hopes to change that next month when he releases his second Arias-based music video.

While his first video drew quite a bit of backlash since it was a defense of Arias, Williams said this week that his new track is designed to raise awareness about the issue of post-traumatic stress disorder affecting domestic-violence victims.

Slated for public release on Jan. 5, 2016 – but shared with PhillyVoice in advance – it features an intro from Arias mitigation specialist Maria De La Rosa and domestic-violence victims known to Williams and director Michael Cardoza.

"Not only do the troops suffer from PTSD, but regular people do, too, and they’re not being diagnosed. Jodi is a perfect case of what happens when it’s not diagnosed, when treatment isn’t given.” – Kareem "Lefty" Williams

“It just ain’t right, fight or flight, she never thought she’d be the one to end his life. … PTSD is a real thing and Jodi had a bad case of it. If she got the help she needed, there would have been another end coming,” read the lyrics that include the refrain, “I want to talk to you about a girl that I know. Her name is Jodi Ann Arias.”

Sympathetic images of Arias are spliced between those of Williams rapping (and noting that Alexander's survivors “are victims too”) and domestic-violence victims holding signs reading, among other things, “I am a survivor of domestic violence” and “I am PTSD.”

It’s the type of thing that could stick in Grace’s craw to the point that the Arias story returns to court-centric cable television next month.

“The first song did really well, but I felt like it could’ve been better,” explained Williams, who was raised near Fifth Street and Washington Avenue, attended Bok High and moved to Arizona five years ago. “If we geared it toward domestic violence and PTSD, it would really hit close to home.

“A lot of women – and men – suffer from domestic violence. It’s become a plague. Not only do the troops suffer from PTSD, but regular people do, too, and they’re not being diagnosed. Jodi is a perfect case of what happens when it’s not diagnosed, when treatment isn’t given.”

He noted that he expects to elude the typical Arias-related controversies because of message framing.

“A lot of people have opinions about Jodi, but this video is designed to bring awareness to issues that are bigger than her. As long as people realize the push of this is PTSD and domestic violence, there won’t be much backlash because they’ll get it,” he said. “A lot of people ask me, ‘Why Jodi?’ Well, who else can you put in this place, that can hold this place, and bring attention to these problems?”

There’s no fundraising element involved with the project, which the duo hopes to promote via YouTube and media interviews in the hope of boosting awareness for both issues.

“Jodi knows about the song and the lyrics, and she’s down with it,” said Williams, who has developed a “big-brother/little-sister” relationship with the woman whose trial he regularly attended and covered. “Who are we to judge her? She’ll face Judgment Day one day. But, I see the remorse. I see on her face that she’s sorry for what she did. She’s a regular person who just happened to commit a heinous crime.”

An excerpt of the video itself can be seen below, with the full version being released on Jan. 5: