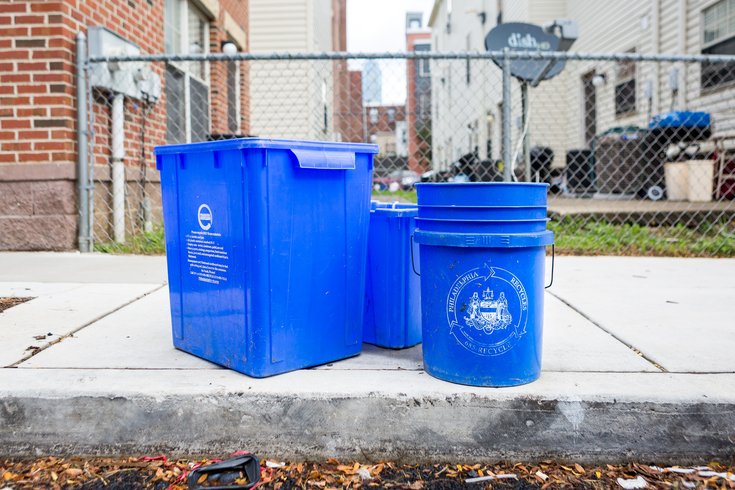 Can these blue recycling bins hold the secret to understanding crime trends across the city of Philadelphia?

The Street Department's recycling rewards program that started in 2009 to incentivize residents to engage in the Philadelphia's recycling system is being discontinued due to rising costs.

The program, first called Philadelphia Recycling Rewards and then later rebranded as Philacycle in 2017, will end June 30.

Philacycle allows residents to earn points for recycling, recycling education, training and volunteering through an online portal. Points could eventually be exchanged for gift cards at retailers like Amazon, Best Buy and Apple.

On June 30, users will no longer be able to earn or redeem points, or have access to the website.

The change comes amid a changing recycling market. Philadelphia, like many other cities, is now paying to recycle, rather than receiving revenue from places like China willing to buy recyclable materials.

“Unfortunately, the recycling market has drastically changed in recent years,” Philacycle said in an email sent to its members. “With new regulatory standards on contaminated materials, recycling costs have risen to nearly $10 million a year. As a result, the Streets Department is no longer able to afford this rewards program in the current market and will be discontinuing Philacycle.”

Waste Dive reported the city have been earning $5 million a year in recycling revenue when the program began. Now, Philacycle cost the city anywhere from half a million to $1.5 million.