Village opens just this weekend, then it is full-time starting Nov. 26 until Christmas Eve 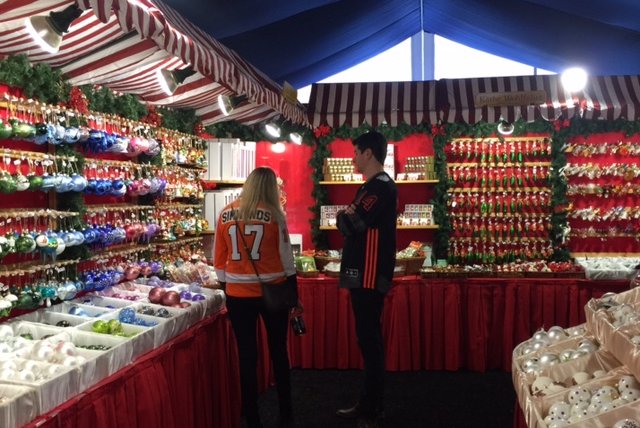 Christmas decorations and gifts by the thousands are at the Christmas Village in the City Hall courtyard and on the North apron. The village previews this weekend, then reopens on the Saturday after Thanksgiving.

And while it may not have felt like the North Pole – half-marathon runners gimped along in shorts and even some shoppers sported shorts and T-shirts – there was a definite holiday spirit for shoppers such as Staci and Eric Wendt of Philadelphia.

Repeat visitors, the Wendts had first encountered Christmas villages – clusters of seasonal kiosks – when they visited Germany a few years back.

They visited Philly’s incarnation of the Christmas Village last season and were back Saturday for the opening weekend.

After the weekend preview, the Christmas Village officially opens on Nov. 26 and closes on Dec. 24.

The Wendts were hoping to be done with their purchases Saturday just by hitting up the village shops.

They’d already bought a wool shawl for his mother and were on the hunt for a niece, a nephew and Eric’s step-dad. 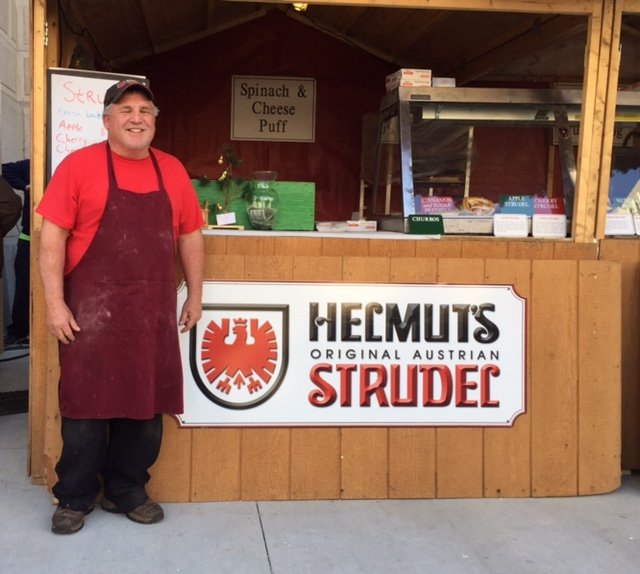 Dennis Crone has served up strudel and pretzels at the Christmas Village for the past seven years.

Keeping fueled up for shopping, Eric polished off a cherry strudel from Hecmut’s, a longtime vendor at the market.

Dennis Crone, who does “strudeling” full time in between riffing about his bachelor status, was a bit concerned.

A resident of Honeybrook, a hamlet on the far western edge of Chester County, Crone said he considered not coming back this season because he’d worried the new location in and around City Hall might not draw as well as the former location at Love Park.

But he said he was “optimistic” as the day got started. 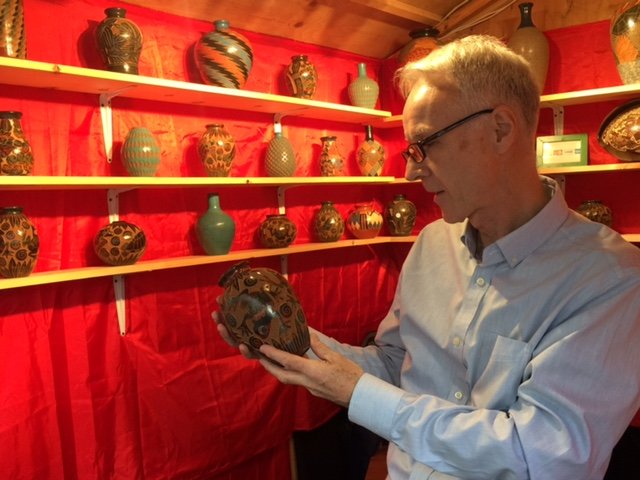 Colm Rowan is selling handcrafted items at the Christmas Village.

Colm Rowan, another returning exhibitor, had proof the new location would be a success: While setting up Friday, the day before the preview opening, he sold four pieces to passersby.

“We are virtually at a crossroads here,” he said of the show’s new location.

For now, he has etched pottery with Incan designs and wooden pieces for sale. On the way by freighter are Burmese lacquer pieces.

He’s excited because President Barack Obama just signed an agreement to allow the goods from the impoverished Southeast Asian country also known as Myanmar to enter without paying duty – duty was imposed because of the autocratic rule of the military which had until recently controlled the country and crushed the economy of the small country.

Rowan said fostering trade could help the people of Burma set a new economic path – a noble aim for a Christmas present. 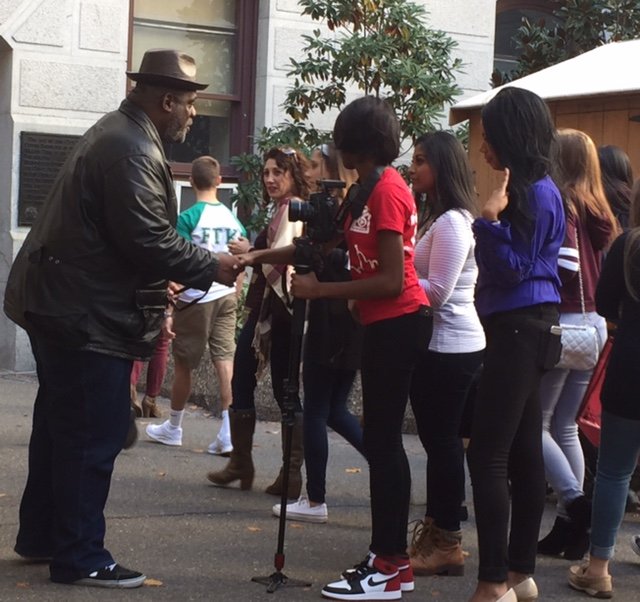 Louis Clark entertains shoppers with his vocals at the Christmas Village.

Also spreading Christmas cheer was vocalist Louis Lark, a former special-education teacher, who switched easily from classical, holiday, jazz and gospel tunes from a perch in the courtyard of City Hall.

Lark makes appearances most Saturdays, “until it gets really cold. Gotta save the voice,” he said after talking to tourists from Israel and Iran. 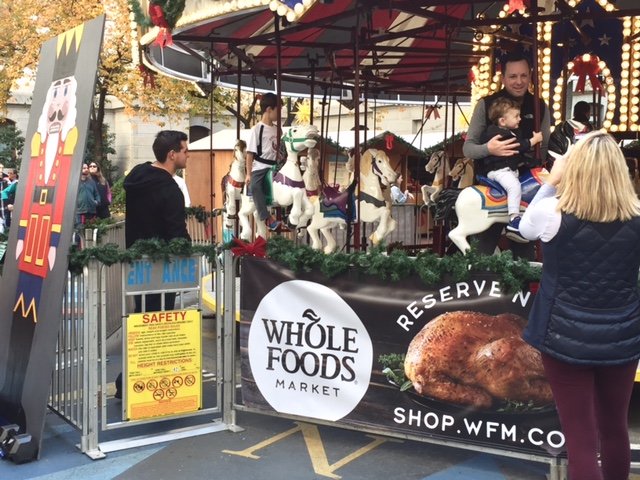 A carousel is at the center of the Christmas Village for the first time, on the courtyard of City Hall in Philadelphia.

New besides the City Hall courtyard location this season is a carousel in the center of the courtyard.