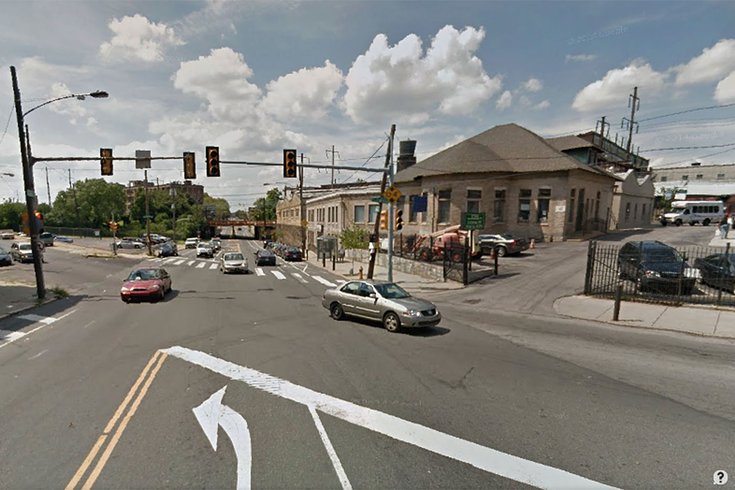 The intersection of West Lehigh Avenue and West Glenwood Avenue in North Philadelphia, in the 19132 ZIP code.

If you are a Philadelphian living in the 19132 ZIP code, your auto insurance premium rates are among the nation's highest, according to a new analysis.

CarInsurance.com reports that, on average, drivers who live in a portion of North Philadelphia pay the third-highest annual car insurance rates in the nation. Drivers in Detroit [ZIP code 48227] and Brooklyn [ZIP code 11226] rank first and second, respectively.

Annual auto insurance premiums in 19132 average $2,760, a 128 percent increase over the statewide average of $1,210. That's a hefty chunk of cash for most folks in a ZIP code where the average household income is $21,177, according to www.city-data.com. 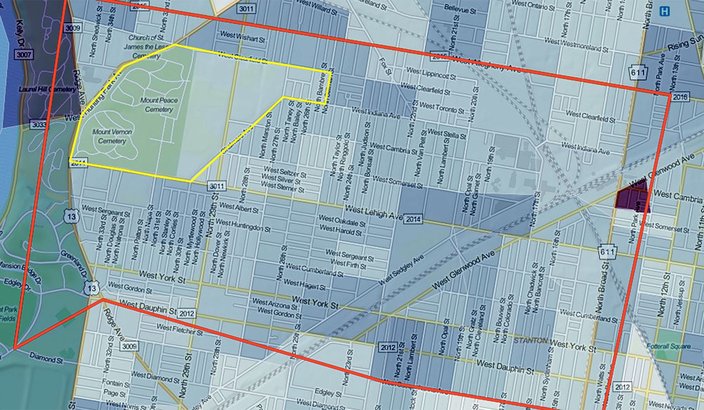 CarInsurance.com's analysis compared rates for a 2014 Honda Accord with full coverage, operated by a single, 40-year-old male who drives 12 miles to work, for more than 33,000 ZIP codes.

Based on the number and severity of car insurance claims within the area, insurers assign ZIP codes different risk levels. Insurers take into account the frequency of thefts, collisions and vandalism to gauge the likelihood of such incidents happening to drivers within the ZIP code. This is used as the base rate from which insurers calculate your premium. Other pricing factors, such as your driving record, type of car you drive and your age are then added into the calculation. Every car insurance company uses its own base rate and formula, which is why rates can vary so much...

How do other Philadelphia neighborhoods stack up? Rittenhouse, ZIP code 19103, averages $2,075 in annual premiums, with Old City and Society Hill (19106) a bit less at $2,064. Motorists who live in the Parkwood neighborhood in the Greater Northeast pay $2,183 a year.

Chris Potter, an insurance agent at Gannon Insurance Inc. in Huntingdon Valley, Montgomery County, said the differing rates could be due to a number of factors: More frequent accidents, car thefts or drivers without insurance having accidents.

So, who are the lucky drivers paying the lowest insurance premiums on average in the United States?

They would be among the 1,368 residents (2010 census) of ZIP code 44836, the village of Green Springs in Sandusky and Seneca counties in Ohio, about 25 miles southwest of Lake Erie, CarInsurance.com reports. There, the average annual premium is just $647.