Brad Daddis’ life changed when he saw the ‘The Karate Kid’ 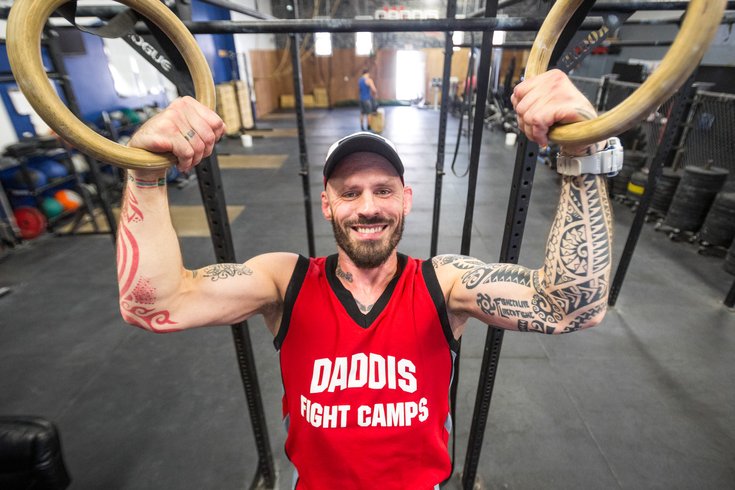 A recent Gallup poll confirms what most of us sort of already know: Millions of Americans are unfulfilled with their day-to-day lives.

Rinse and repeat. Depending on your work and whether or not the new season of "The Walking Dead" is on, this may not be the most exciting way to live.

Renowned psychologist Mihaly Csikszentmihalyi argues that people are most happy, most fulfilled, when they are consistently in moments of Flow. Csikszentmihalyi describes Flow as, “the mental state of operation in which a person performing an activity is fully immersed in a feeling of energized focus, full involvement and enjoyment in the process of the activity.” Flow is essentially full immersion in a challenging activity.

In a warehouse-turned-gym in South Philly, a few people have found that challenging activity.

Daddis MMA, according to founder Brad Daddis, is Philly’s first mixed martial arts studio. The gym was founded in 2000 and has since become a haven for challenge-seeking people from all walks of life.

While growing up in Middletown, New Jersey, Daddis’ mother took him to see “The Karate Kid.” Inspired by Daniel-san’s transformation from bullied kid to karate champion, Daddis decided to pursue extensive martial arts training. He started with traditional karate, then moved to tae kwon do and judo. Soon enough he was winning tournament after tournament — and earning himself a reputation as a badass.

One day in high school, Daddis confronted a kid who was bullying another student.

“Nobody ever taught me what to do in these real-life situations. Things are controlled in a tournament,” he says.

The bully ended up punching him in the face and wrestling him off his feet.

“In none of my classes did we learn how to fight on the ground. So everything I knew was rendered useless at that moment.”

Daddis won’t say he lost the fight, but it’s clear that the outcome was less than desirable. 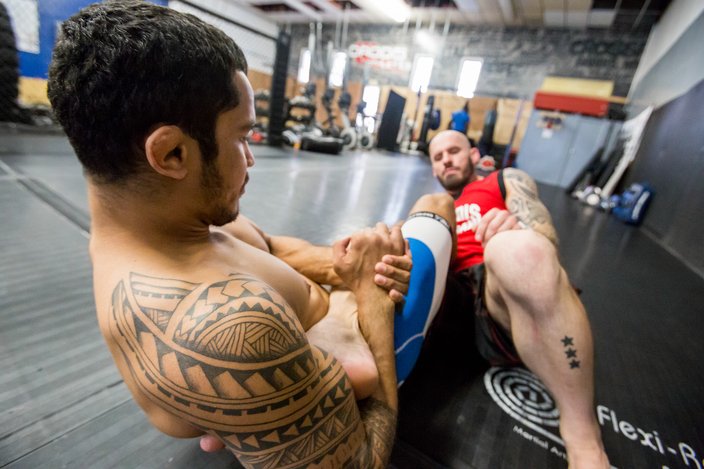 After that, he really decided to push himself.

“I graduated high school in 1993, the same year the first UFC event took place. Me and my buddies watched the tournament and saw how Royce Gracie, one of the smallest fighters, won using Brazilian jiujitsu,” Daddis says.

Brazilian jiujitsu is a fighting style characterized by grappling, groundwork and submissions. He was impressed that such a small fighter was able to defeat bigger, tougher fighters by simply switching up the style of the fight.

He soon dedicated himself to a grueling training regimen that included Brazilian jiujitsu, muay thai kickboxing, Krav Maga and other practical forms of fighting. He grew into a lifelong student.

Going from fighter to business owner required an entirely new skill set, especially for someone with no formal business training. Daddis relied on his penchant for self-improvement — along with help from family and a few maxed-out credit cards. Daddis MMA remains one of the largest and most respected gyms in the area, winning a few awards and producing champs along the way.

It’s turned into a place where college students, white-collar professionals, new moms, children and future UFC champions can come together and support each other’s goal of pushing personal limits.

I spoke briefly to a few members, both male and female, and they mentioned things like, “focus,” “confidence,” “camaraderie” and “fulfilling” while describing their experience with Daddis MMA.

“It feels great coming here,” says Sandy, a member for two and a half years. “Before, I didn’t know that I was capable of so much.” 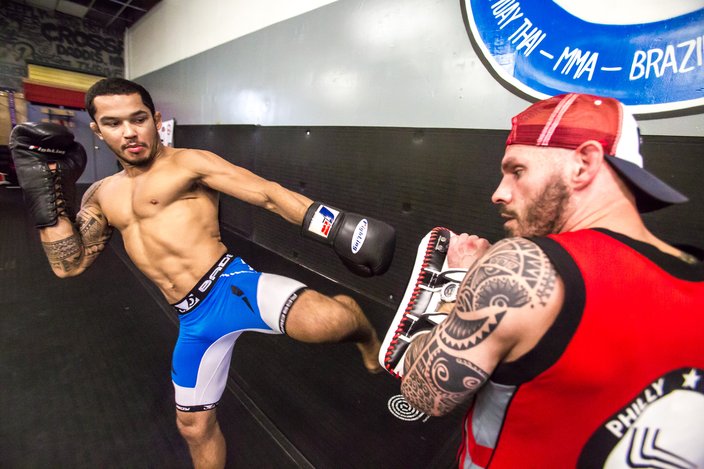 'Popo' works the body kick on the pads with Daddis as part of a drill in muay thai kickboxing.

As an “outsider,” I felt nothing but warmth and friendliness when I visited the place. I almost forgot that each and every person there, children included, could easily take my lunch money.

The fact that everyone loves being there, learning new things and creating new bonds is what Daddis says he’s most proud of.

“I don’t want to just serve fighters. I want to help everybody.”

I asked him if there was anything he was afraid of.

“I don’t believe in being afraid. I don’t like the word. And I’m not trying to answer that like I’m some tough guy because of course I’d be afraid of something happening to my children. But if you manage your mind correctly, there are ways to avoid fear. I’ve faced a lot of my fears and I’ve learned to ask, ‘What’s the worst that could happen?’ And whatever it is usually doesn’t happen. You have to manage that fear and not let it negatively affect you. Otherwise, you’ll never do anything worthwhile.”

These days, Daddis rarely gets into unplanned physical altercations. He recalls a situation in a bar where a drunken man got into a verbal spat and wanted to get physical. Instead, Daddis simply handed the guy his Daddis MMA business card and asked him, “Is this really what you want to do?” That cooled things off quickly.