By Brian Hickey
PhillyVoice Staff
Quizzes Quotes Of The Week
from 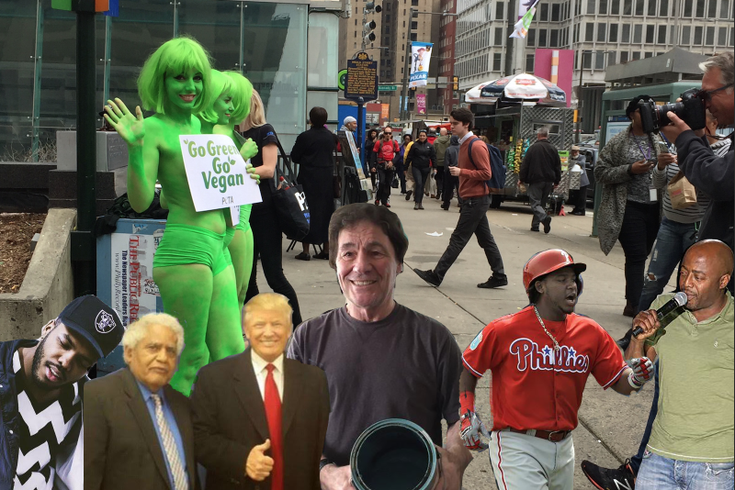 Several answers in this week's Quotes Quiz can be found in this image.

1. “I feel like Kim Kardashian today with all the people taking pictures.”

2. “Something good is going to happen.”

3. "I have a feeling when March Madness ends, Villanova will be the national champion."

4. “If you're voting for 'morality,' you're going to vote against Donald Trump because he's supported by David Duke and some skinheads. Well, 300 people are killed each year in Philadelphia, and Duke or skinheads killed none of them from thousands of miles away. Morality, they're saying, trumps lives. I'm up above that now."

5. "We are in a retrograde moment right now in which the dog whistles of race are with us."

6. "This is the only process I know of in America where you can be charged with sending emails to friends that were inappropriate and face the death penalty."

7. "The governor’s decision-making is predicated on selfish political opportunism, that much is clear.”

8. "With that, the fists start swinging and they go to the ground.”

10. "We certainly encourage people to cut their consumption of sugary drinks. That's definitely a good thing for health."

11. “I remember going into City Blue and trying to save up my lunch money for a State Prop coat and stuff like that.”

12. “The village was loving, corrected you, looked out for you … and celebrated you, so when you did well, the village did well; I think to some degree that’s what’s missing today.”

13. “Walking out on a tap and leaving your bag inside is not the action of someone who's trying to skip [their] bill! #duh #whodoesthat”

15. “Visit Philadelphia let Joyce Levitt watch the ledger books and $200,000 of the agency’s money charged out the door.”

16. “I think most people would recommend that if you’re sick, for the welfare of other people in your house but also your pets, you just practice the same good hygiene you would anytime.”

17. “The dancers are so talented. The teachers are talented ... and they’re getting better and better each year.”

19. "It's this experience every young girl dreams about, like their wedding. They dream about their prom."

20. "I would still like the court to decide the case on the basis of facts."