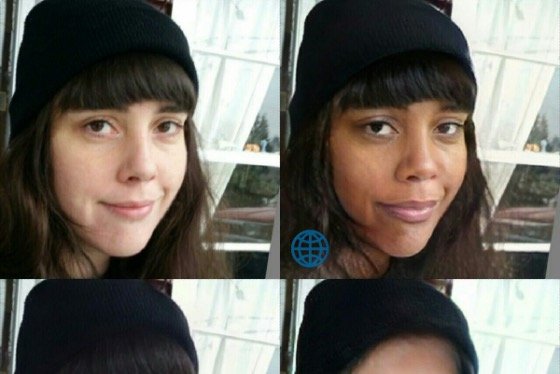 You may remember a few months ago when your social media feeds were flooded with filtered selfies of your friends using the new photo-editing software FaceApp.

Those filters were harmless enough, using neural networks to edit selfies using filters that could morph gender, age and allegedly attractiveness. A lot of users' posts looked something like this:

During the app’s first wave of popularity, however, one of the filter options was pulled after a number of users reported that the so-called “hot” filter actually seemed more like a skin lightening filter – something Snapchat has also been found guilty of by its users.

That controversy wasn’t enough of a lesson for FaceApp, though, as a new set of filters was released Wednesday that enables users to transform using “Asian, Black, Caucasian and Indian” filters.

The new features have drawn ire and befuddlement from users, with some calling them a method of digital blackface.

they made faceapp racist for some reason pic.twitter.com/ITzTdL5kGC

#FaceApp has a new feature where you can see yourself #CaucasianLiving. Look how privileged I look! pic.twitter.com/9l2EOFmAew

Everybody loves FaceApp, the app that makes you old!

We regret to inform you that FaceApp is now racist pic.twitter.com/4WmBCKFuSx

“The ethnicity change filters have been designed to be equal in all aspects,” Goncharov said to Mic in an email.

“They don’t have any positive or negative connotations associated with them. They are even represented by the same icon. In addition to that, the list of those filters is shuffled for every photo, so each user sees them in a different order.”