Can you guess what Phillies players they are named after? 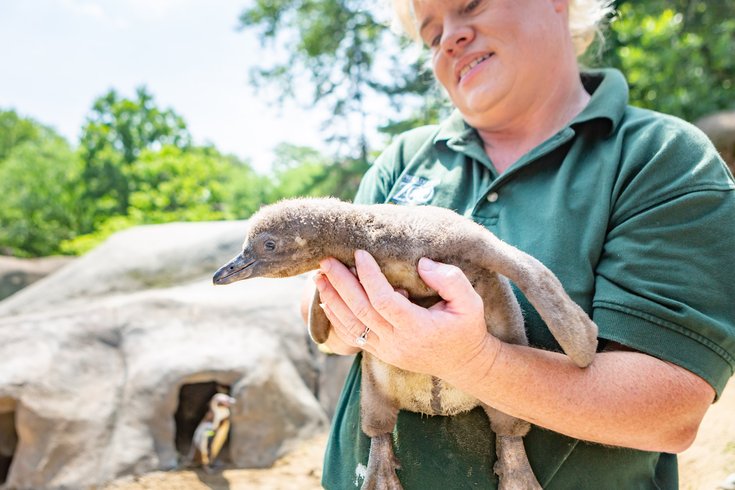 Three baby Humboldt penguins that recently hatched were weighed and presented to groups of school children, Thursday, during a press event at the Philadelphia Zoo.

The furry chicks, which hatched in April and in May, were born with a grey down coat which will eventually develop into the familiar black and white tuxedo look.

All three were named after players on the Philadelphia Phillies: [Bryce] Harper, [J.T.] Realmuto and [Aaron] Nola. Humboldt penguins reach full-size by the time they are eight weeks old, even though they typically have a lifespan of about 25-30 years.

They are all part of the Penguin Point exhibit, where visitors can see them nest, walk around and swim underwater. More information can be found here.

Below are photos from Thursday's media event. 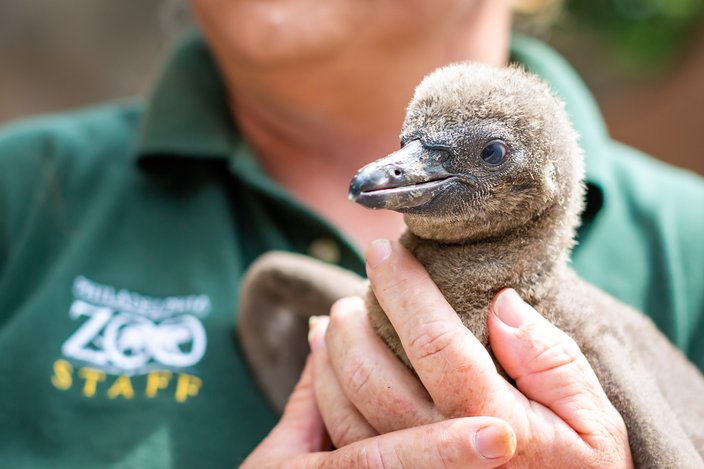 Baby Humboldt penguins hatch from an egg after a 40-day gestation period.

RELATED: This weekend is filled with festivals, free fitness classes and art | A guide to all the free outdoor movies in Philly happening summer 2019 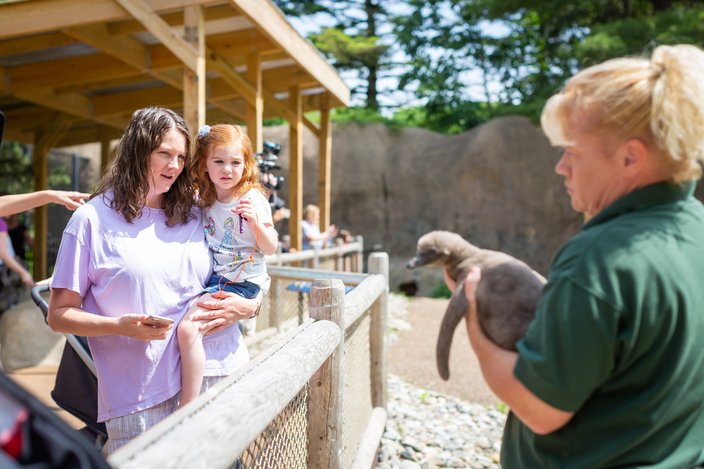 Lauren Lane and Molly of Springfield, PA, look on at baby [Bryce] Haper, one of three baby penguins at the Philadelphia Zoo named after Phillies players. 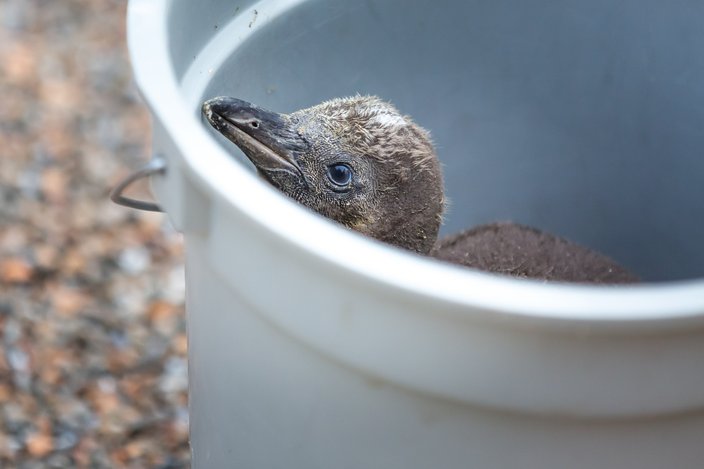 Four-week-old Realmuto, one of three baby Humboldt penguin chicks, that recently hatched at the Philadelphia Zoo is weighed in a bucket during a media event, Thursday, May 30, 2019. 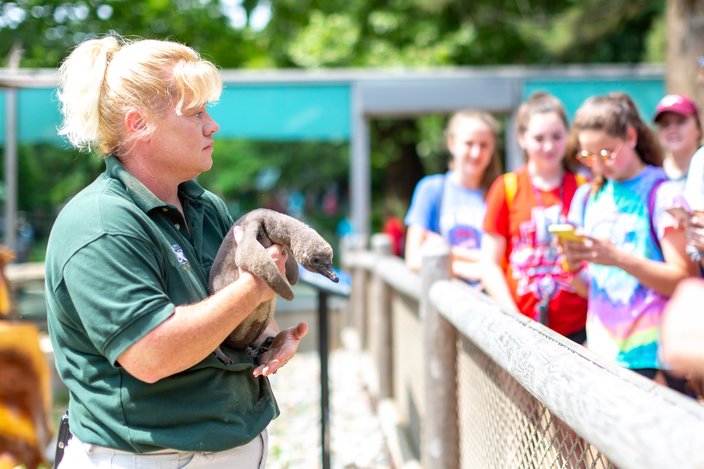 Amy Ivins explains to a crowd that baby penguins will reach the size of their parents by the time they are eight weeks old. 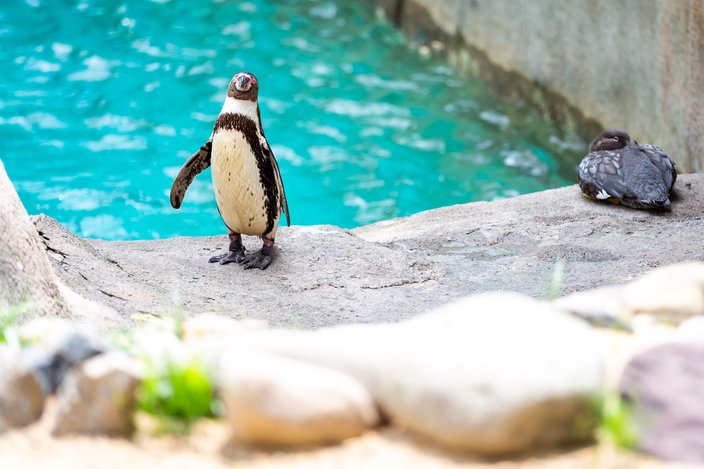 Visitors can see the baby penguins ar the Penguin Point exhibit at the Philadelphia Zoo.