The intersection of dance and worship in Philadelphia 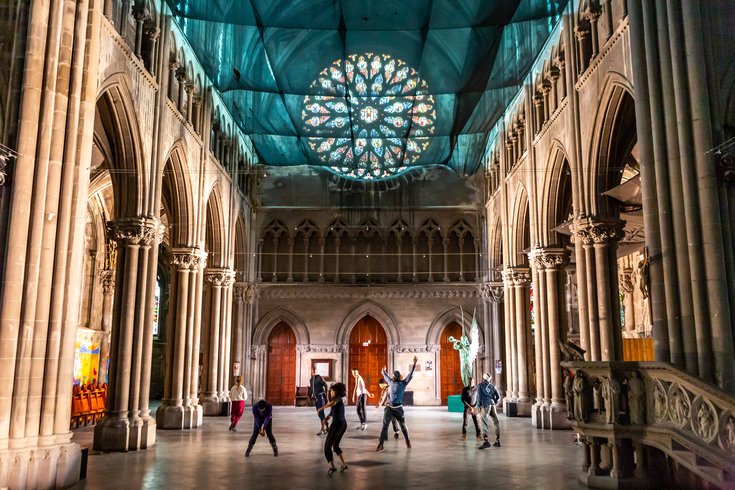 Dancers from the First and Heel Performance Group rehearse at the historic Church of the Advocate on Diamond Street in North Philadelphia.

Historic churches throughout Philadelphia will be the stages for a series of dance performances curated by award-winning choreographer Reggie Wilson.

The contemporary dance series, "Grounds that Shout! (and others merely shaking),” examines the many aspects of history that surround Philadelphia’s religious spaces, and draws comparisons between the act of worship and movement of dance.

Performances of "… they stood shaking while others began to shout” by Wilson’s Fist and Heel Performance Group will be held on May 2, 3 and 4 at the Church of the Advocate in North Philadelphia.

On May 11, the series will culminate with a series of original performances by Meg Foley, <fidget>, Lela Aisha Jones | FlyGround, Almanac Dance Circus Theatre, and Tania Isaac, and will be accompanied by members of the church congregations at three historic Society Hill churches. Attendees will move through St. Peter’s Episcopal Church, Old Pine Street Presbyterian Church and Mother Bethel AME from one site-specific performance to the next. This will run three times over the course of the day.

Grounds that Shout is presented by Partners for Sacred Places and Philadelphia Contemporary in partnership with Danspace Project (NYC) and the Center for Experimental Ethnography at the University of Pennsylvania. More information on the series and tickets can be found here.

Below are photos from a recent rehearsal. 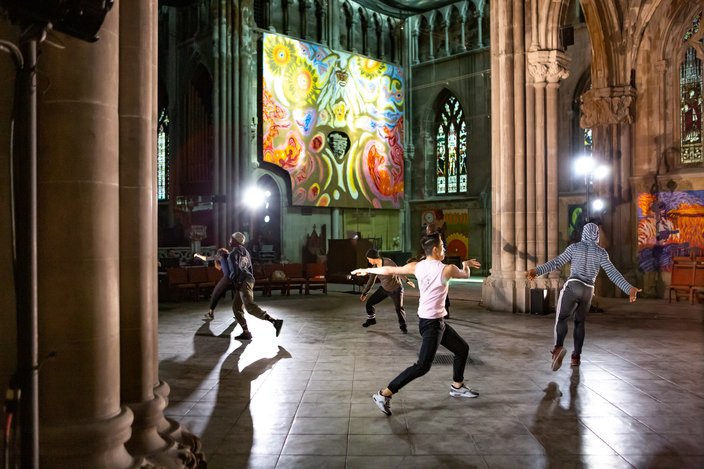 A recent rehearsal of “...they stood shaking while others began to shout” at the historic Church of the Advocate in North Philadelphia. 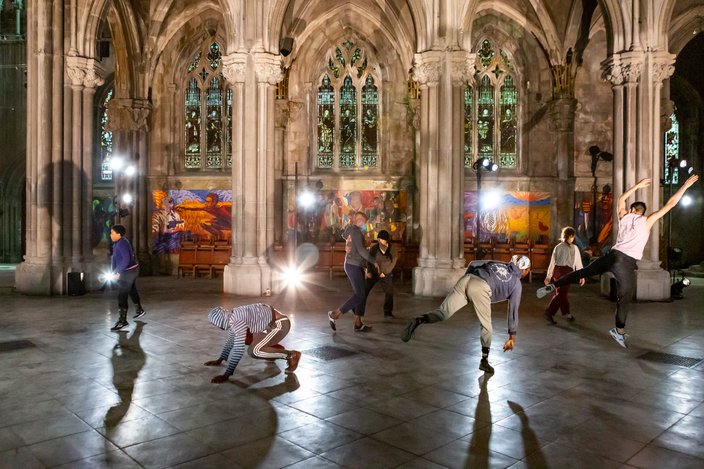 The Church of the Advocate is a designated National Historic Landmark for its Gothic Revival architecture and for its important role in the civil rights movement for African Americans in Philadelphia. 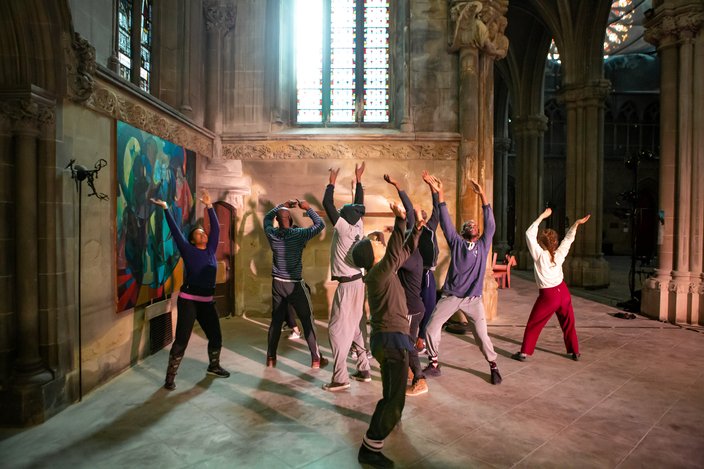 “...they stood shaking while others began to shout” is part of the contemporary dance series, “Grounds that Shout! (and others merely shaking).” 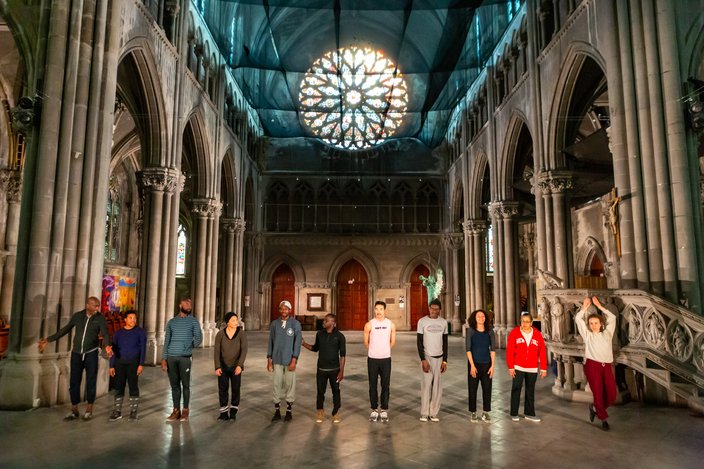 Dancers from the First and Heel Performance Group rehearse before the upcoming “Grounds that Shout! (and others merely shaking),” dance series.