How do you move an ancient 25,000 pound sphinx? Very carefully.

Engineers, contractors, museum officials - and lots of technology, were used to move the giant artifact 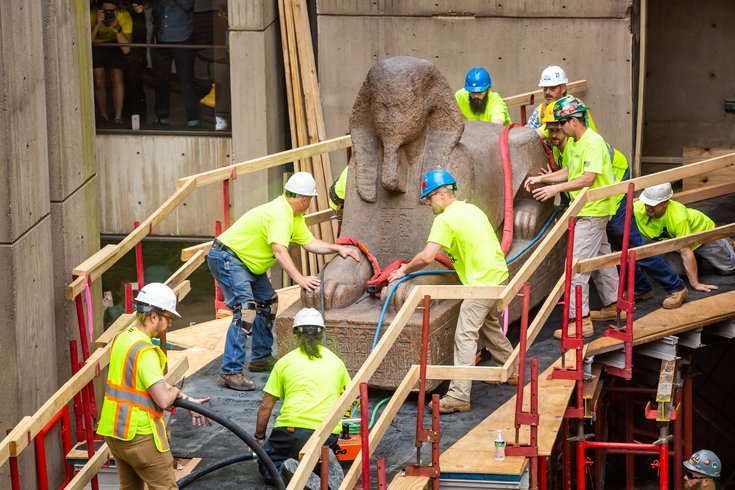 The giant 25,000-pound Sphinx of the Pharaoh Ramses II at the beginning of the 250-foot journey to its new permanent location in the Main Entrance Hall of the Penn Museum.

The largest sphinx in the Western Hemisphere, the 25,000 pound red granite Sphinx of the Pharaoh Ramses II was moved from its former location in the Egypt Gallery at the Penn Museum, to a new permanent location in the reimagined Main Entrance Hall on Wednesday.

Visitors will have a chance to see the sphinx in its new location beginning on Nov. 16.

"In just a few months, we will mark the completion of the next milestone in our "Building Transformation project," said Dr. Julian Siggers, Williams Director of the University of Pennsylvania Museum of Archaeology and Anthropology. In addition to the sphinx greeting visitors upon arrival, the museum will also unveil the redesigned Mexico and Central American Gallery, the Africa Galleries and a 614-seat auditorium that day.

Moving the object was no easy feat and required dozens of people, including Penn Museum officials, structural engineers, contractors, volunteers, and a sophisticated, compressor-powered air dolly system to help lift and move the sphinx along a custom-build walkway.

The total distance moved was around 250 feet and took nearly 6 hours. Before the move, engineers had 3D-scan the sphinx to determine its weight and density to make sure other areas of the building, as well as the ramp constructed to move it there, could support the object.

Below are some photos from the sphinx's journey. 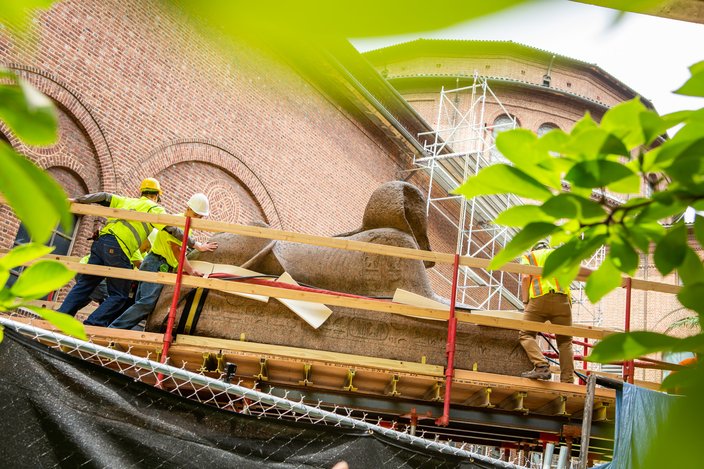 Structural engineers from Philadelphia-based Keast and Hood collaborated with the Penn Museum to determine a route for the sphinx to travel and whether other locations within the museum would be able to support its weight. 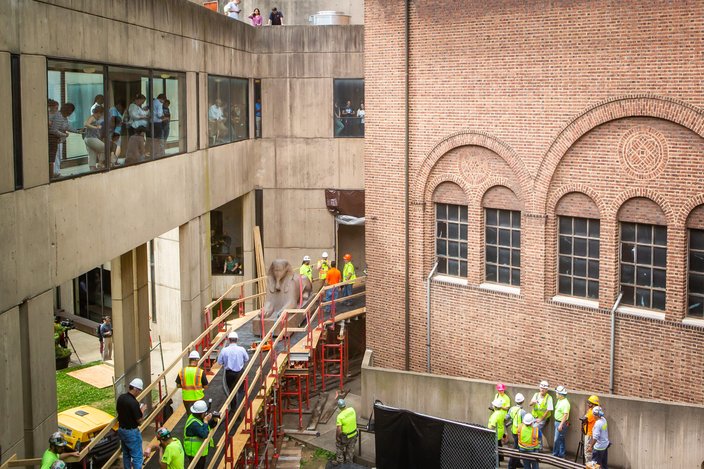 Multiple air dollies powered by air compressors were used to move the Sphinx of the Pharaoh Ramses II along a custom-made ramp through the courtyard of the Penn Museum. 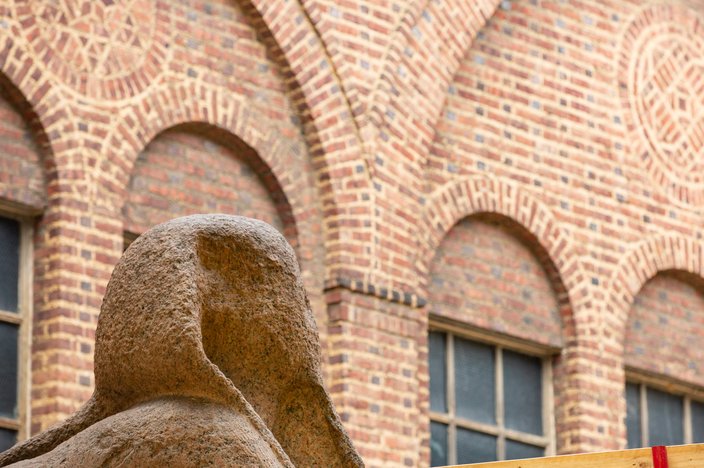 The red granite Sphinx of Ramses II (19th Dynasty, circa 1293-1185 BCE) was excavated by the archaeologist W.M. Flinders Petrie and his team. When discovered, the sphinx was only buried up to its shoulders, which explains the featureless head, which had partially eroded from exposure to the elements. 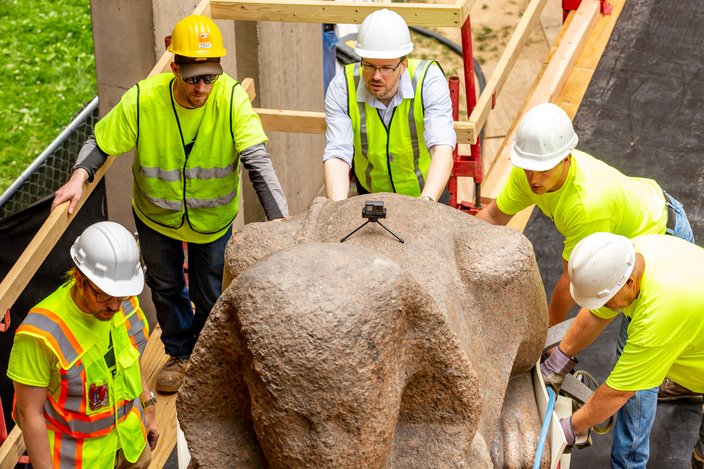 It took hours for Penn Museum officials, engineers and contractors to navigate the sphinx along a wooden ramp that snakes through the museum's courtyard.