The educator, athlete and activist who wanted to expand voting rights for black citizens was assassinated in Philly in 1871 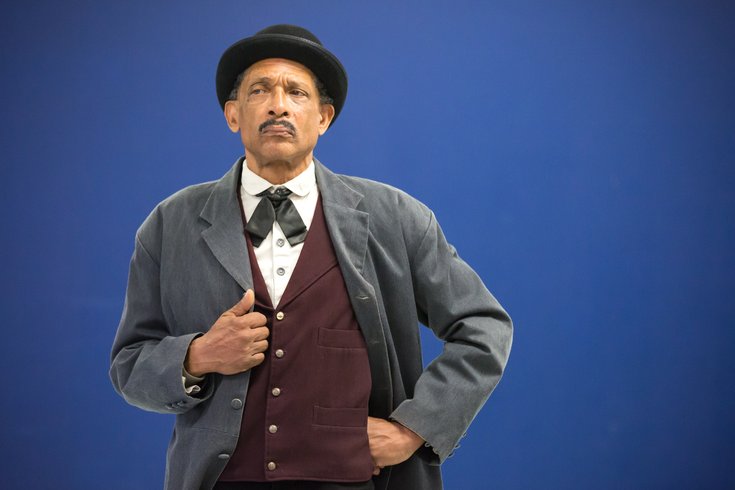 Last fall, Octavius V. Catto became the first black male to ever be memorialized with a statue on Philadelphia public property. That same influential man will soon have a mural in his honor near the location where he was assassinated on voting day in 1871 after working to register thousands of black citizens to vote. He died in front of a polling location one block from where he lived at 814 South St.

Yesterday, on the day that would have been Catto's 179th birthday, Mural Arts Philadelphia Executive Director Jane Golden proclaimed "art is the B12 shot that keeps us awake," speaking on the importance of art in Philadelphia communities. The mural design was unveiled by Golden, Robert Branch, who was portraying Octavius V. Catto, and the two artists, Willis Noms Humphrey and Kier Johnston of Philadelphia Mural Arts at the Universal Institute Charter School on Catherine Street, the location where the mural will be installed on an exterior wall.

Artists Willis Noms Humphrey and Keir Johnston hoped this new mural will be an inspirational element to the community and to the students attending school each day.

"We look to continue the historical legacy of Catto by visually honoring him and his accomplishments. Our mural will provide the opportunity for students to learn from the activist community of the time, where Catto was a leader in the coalition that marked the era," Humphrey said in a press release.

Below are a series of photos from the mural design unveiling at the Universal Institute Charter School. 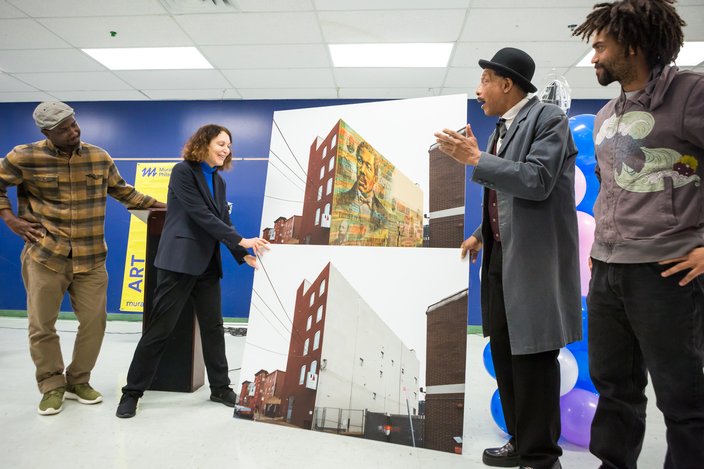 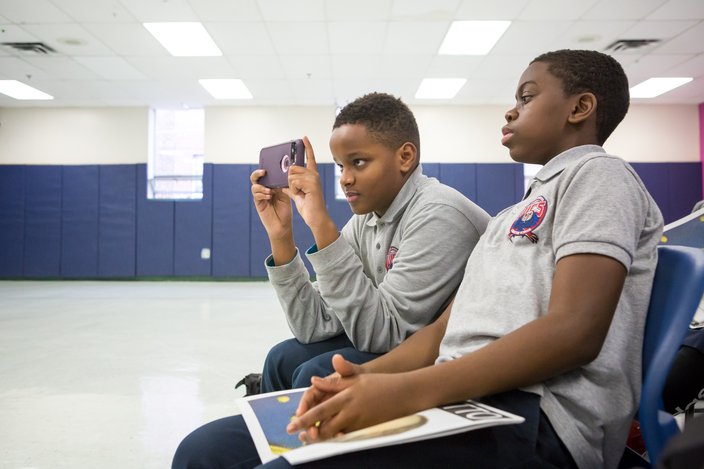 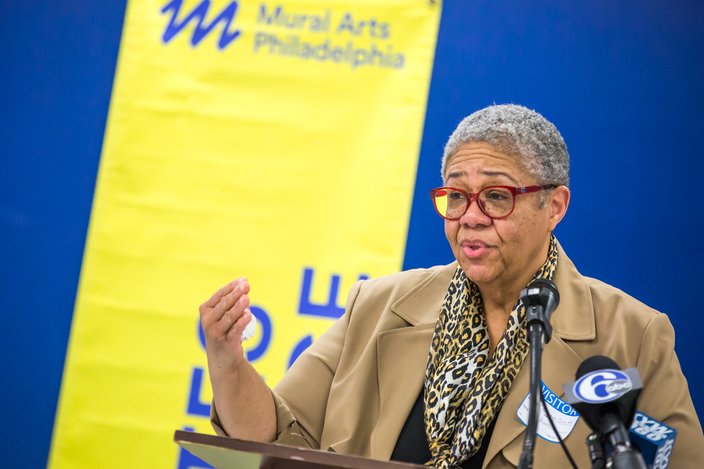 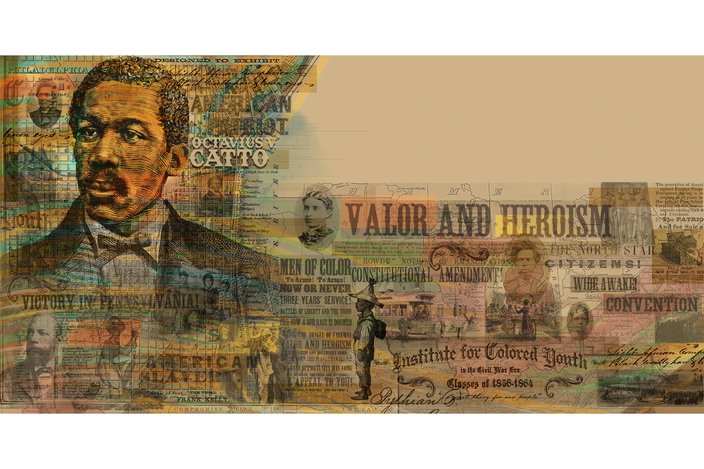 The design of the new Octavius V. Catto mural that will be installed on an exterior wall of the Universal Institute Charter School in South Philadelphia, the neighborhood where he once lived and died. 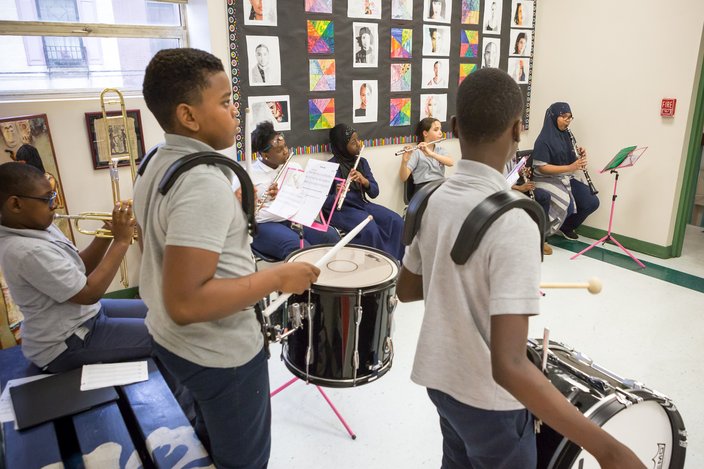