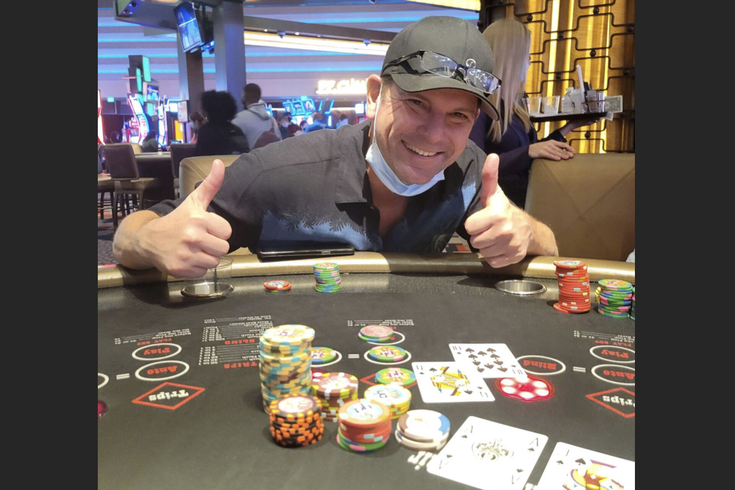 Pennsylvania resident Scott Long $544,904 at Planet Hollywood Resort & Casino in Las Vegas this week after playing a royal flush in diamonds during a game of Ultimate Texas Hold 'Em.

A Harrisburg man who went on a poker trip to Las Vegas with a group of friends is returning home much wealthier after he hit a jackpot at Planet Hollywood Resort & Casino on Wednesday morning.

Long, a frequent Ultimate Texas Hold 'Em player, had been visiting the casino for a poker tournament and sat down at a table for a game on Wednesday. After about an hour, Long won the jackpot with a royal flush in diamonds, the casino said.

A royal flush is the highest-ranked hand in poker, requiring the ten, jack, queen, king and ace all in the same suit. In Texas Hold 'Em, which has better odds than five-card draw poker, the chances of getting a royal flush are about one in 30,940 hands.

"I could not believe it!" Long said. He and his friends were stunned as he collected the payout.

With his newfound money, Long said he plans to pay off his mortgage and college tuition. He'll also plan to spend a bit on family fun.