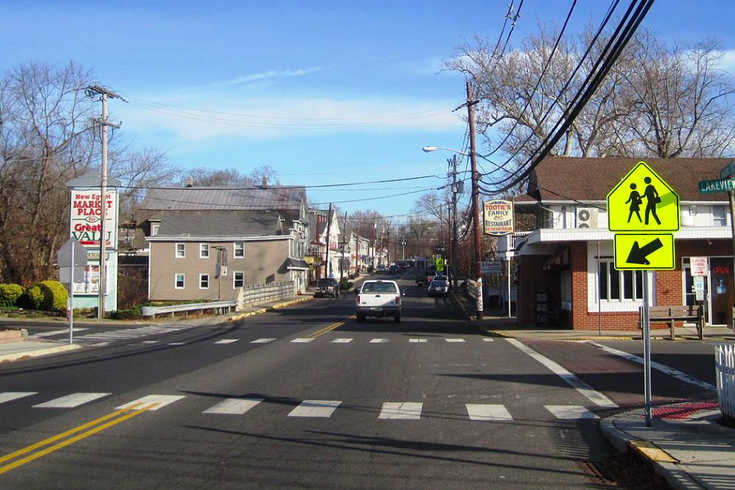 Sam Russo is accused of operating an unauthorized solid waste disposal operation on a 94-acre property in Plumsted Township, New Jersey. Pictured above is the town's central business district. The New Jersey Department of Environmental Protection is seeking to shut down the operation as part of the complaint.

A New Jersey man is facing a lawsuit from the state Department of Environmental Protection over allegations that he ran an illegal solid waste disposal operation in Ocean County.

Sam S. Russo and two companies operating under his control are being sued for the unauthorized use of a 94-acre property in Plumstead Township, where DEP investigators say waste disposal activities threaten to contaminate nearby water sources.

The complaint alleges that DEP officials approached Russo in 2017 with a final order for him to obtain pollution discharge permits to conduct his disposal activities. Russo signed a settlement agreeing to apply for the permit, but regulators say that never happened.

In the year between April 2018-19, Russo allegedly charged $300,000 in disposal fees for thousands of tons of woodchips, asphalt millings, crushed concrete and other materials onto his property.

“In running this unpermitted dumping operation, the defendants put profits over the rule of law,” said New Jersey Attorney General Gurbir S. Grewal. “And in the process, they put the state’s precious natural resources at risk, which is why we’re taking action today to shut down this operation. We’re dropping the hammer on this site and others just like it – not only requiring the operators to fully clean up their mess, but also seeking all available penalties in court. We have zero tolerance for such lawbreaking."

DEP officials suspect that pollutants from the disposal site leaked into a stream on the property, killing hundreds of fish aquatic plants on two separate occasions in 2018.

The lawsuit alleges Russo and his companies violated the state's Water Pollution and Solid Waste Management Acts. Russo is also accused of violating the final order and settlement to obtain permits. The complaint seeks to block further dumping at the site and order Russo to pay statutory and stipulated penalties, as well as forfeit economic benefits gained through the operation to cover investigative costs.