Riders can choose to experience an African safari, alien encounter or a castle with fire-breathing dragons 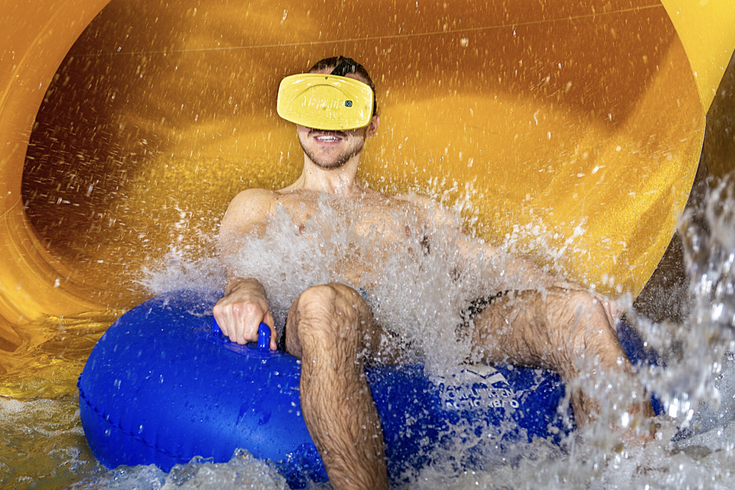 The Anaconda waterslide at Kalahari Resorts in the Poconos will be the first in the United States to use virtual reality headset technology beginning July 29, 2021.

In the grand tradition of combining one awesome thing with another, Pennsylvania soon will be home to the first virtual reality waterslide in the United States.

Kalahari Resorts and Conventions, a water park chain with a location in Pocono Manor, will debut the new attraction July 28 on National Waterpark Day, which seems to have been a thing for five years now.

The resort is teaming up with San Francisco-based Ballast VR, a company that was founded in 2017 and creates aquatic virtual reality experiences for water park rides and swimming pools.

Ballast VR's VRSlide technology uses a sensor-based, waterproof headset that waterslide riders put on before they take the plunge on their tubes. Riders can choose one of three adventures: an African safari, an alien encounter in outer space or a castle with fire-breathing dragons.

The company introduced its first virtual reality waterslide at Galaxy Ending in Munich, Germany in 2018. Here's a look at the experience.

At Kalahari Resorts, the virtual reality experience will be added to the Anaconda waterslide.

"In the past four years, Ballast VR has introduced several new attractions that heighten the thrill of virtual reality by merging out-of-this-world visuals with incredible physical sensations," the company said.