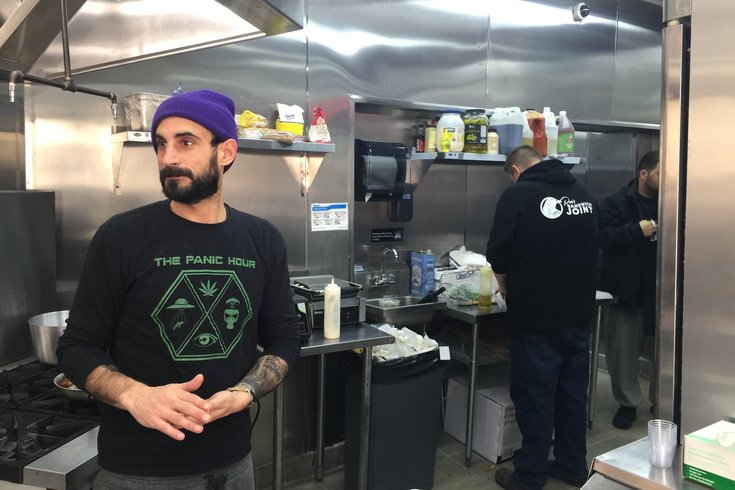 Poe's Sandwich Joint is reopening in Fishtown after closing abruptly in July. The popular spot was only in business for eight months and was originally located at the cross-section of Frankford Ave. and Marlborough St.

Poe's Sandwich Joint is officially coming back after the popular Fishtown spot suddenly closed in July after only eight months in business.

The sandwich shop's owner, Richard Tamaccio Jr., announced on Poe's Instagram page Monday night that the short-lived shop would be reopening. It is not clear where the new location will be, but Tamaccio confirmed it will be in Fishtown.

Tamaccio wrote on social media, "We're ecstatic to announce that @poessandwichjoint is officially back in business. New location coming soon to Fishtown. Details to follow shortly. Thank youse for the unwavering support."

Poe's Sandwich Joint, originally located at the intersection of Frankford Avenue and Marlborough Street, closed without warning on July 28.

During its eight months in business Poe's critically successful – it was named to Eater's list of "Epic Philly Sandwiches to Eat Before you Die" and won a "Best of Philly" award from Philly Mag. At the same time, Tamaccio said he was struggling financially and was unable to renegotiate the lease at shop's former location.

In a social media post, which has since been deleted, he said, "I'm not gonna bulls—t you anymore because I consider us friends now. I took out a loan to open Poe's that, let's say, to put it lightly, was not FDIC insured. It has unfortunately left me in a tenuous financial situation, to say the very least. That grim reality coupled with the fact that I was unable to renegotiate a long-term lease in the current location has left me no choice but to close the restaurant."

Poe's Sandwich Joint's menu included original creations, like the "Uncle Tony," an artisanal Philly cheesesteak with gouda whiz, "The Hamiliton," a chicken cutlet sandwich with bacon, French fries, and ranch, and an assortment of fry varieties, like loaded fries and funnel cake fries.