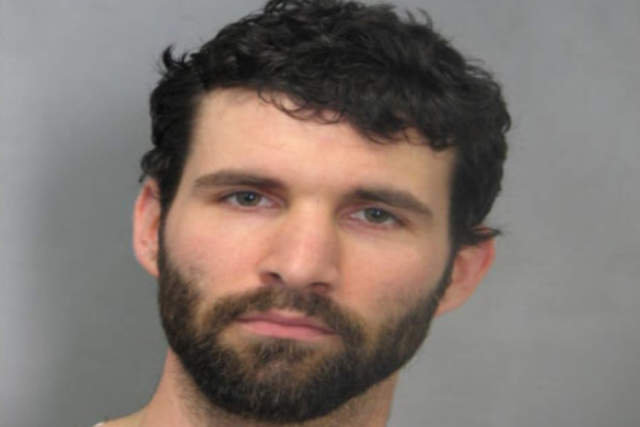 If at first you don't succeed, try and try again.

Maybe that's what was going through the mind of 28-year-old Joseph Graden, who was arrested at a Delaware police headquarters for trying to break into an employee's car just hours after being booked for the same crime elsewhere.

According to authorities, officers responded to a report of someone breaking into vehicles in the parking lot of Bayhealth Kent General Hospital in Dover at around 7 a.m Friday.

Hospital security guards had confronted Graden, who ran away before being found in some bushes on the property. He was taken into custody and his backpack, which contained his driver's license and wallet, was discovered inside a Ford Escape he had broken into.

Police say Graden damaged the exterior of another vehicle he broke into. He was arrested, charged and released on an unsecured bond after being arraigned.

But Graden wasn't finished, according to authorities. At about 10:30 a.m., a Dover Police Department employee was leaving the building when he found the recently released suspect going through his car.

Graden fled - again - but was handcuffed after a struggle with police. While trying to shake off officers, he allegedly threw a bracelet he had stolen from the vehicle.

Police say Graden damaged the glove compartment, used a coat hanger to damage the center console and ripped insulation from the backseat while trying to steal items from the car.

Graden has been charged with, criminal trespass, theft under $1500, resisting arrest, criminal mischief and disorderly conduct. He was jailed on a $2,500 secured bond.