Joshua Malave, 18, was fatally shot on Aug. 3, 2015 after police responded to a burglary at a Pennsylvania gun shop 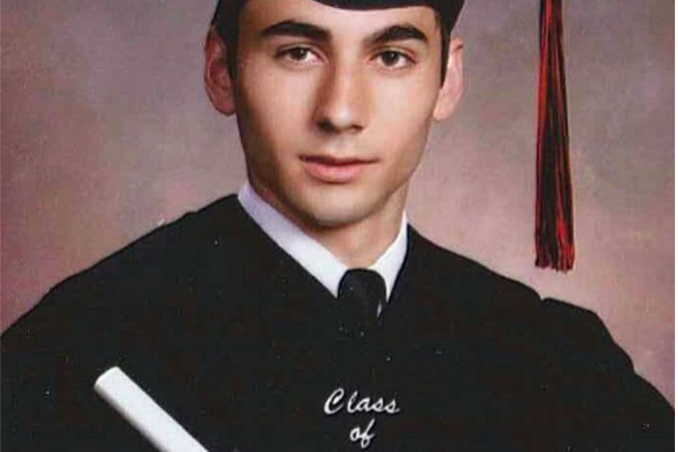 Joshua Malave, 18, was killed by police who encountered him burglarizing a gun shop in Lebanon County, Pennsylvania.

Police in South Londonderry, Pa. were justified in the fatal shooting last August of an 18-year-old Cinnaminson, N.J. man who was targeted after stealing 81 firearms from a family-owned gun shop, according to a report released Wednesday by the Lebanon County District Attorney's Office.

On August 3, two months after graduating from Cinnaminson High School, Joshua Malave was killed by police in a soybean field when he fled from the Horseshoe Pike Gun Shop in Palmyra, Pennsylvania. Investigators initially said that Malave fired at least one shot at police before officers returned fire, but the report released Wednesday confirmed that the teen did not shoot first, according to the Lebanon Daily News.

At around 5:30 a.m. that morning, South Londonderry police were called to the scene of a burglary in progress at the gun shop on Route 117 and Route 322. When they arrived, Malave allegedly was found outside the shop armed with a rifle and dressed in camouflage and a ski mask.

Lebanon County District Attorney David Arnold said Wednesday that police lost sight of Malave when he fled into the soybean field. Additional officers were called to the scene and a perimeter was established to contain the suspect. When Malave was spotted, he allegedly ran in the direction of a nearby residence, trailed by three police officers.

Arnold said that police fired at Malave after verbally warning him several times to surrender.

"Out of fear for the safety of his fellow officers, anyone who may have been inside the private residence, and his own safety, one of the officers fired a shot at the armed suspect," Arnold said. "The suspect then returned fire with one shot from his rifle."

When Malave allegedly ignored additional commands to stop in his tracks, including a warning that police intended to shoot, the same unidentified officer fired at Malave, fatally striking him in the head.

On Wednesday, Arnold said the officer was "justified in employing deadly force" because the officer could not otherwise ensure "complete safety" for himself, other officers and residents of the community.

During a search of the gun shop and soybean field, Arnold said authorities found several rifle bags filled with handguns. Earlier in the summer, Malave and three other teens had been arrested in Delran after reports of gunfire near Lake Lonnie. He was charged with several weapons offenses and resisting arrest, but was released from the Burlington County Jail after posting $50,000 bail.

Arnold said the name of the police officer who shot Malave would not be released because of threats posted on social media in the days after the incident. He added that Malave's motive in the burglary was unclear, but that he may have committed "suicide by police" in light of evidence and statements provided by friends and family members.