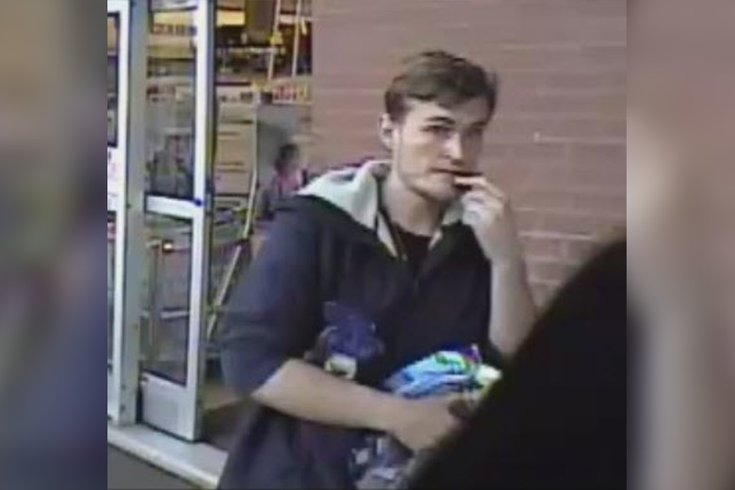 Police say this man robbed a pharmacy on Aramingo Avenue and threatened an employee with a needle.

A man is wanted by police for allegedly robbing a Philadelphia pharmacy with a needle.

According to authorities, the suspect entered the Rite Aid located at 2545 Aramingo Avenue in Olde Richmond around 10:20 a.m. on Friday, March 25.

The man took about $100 worth of store merchandise and went to leave the store, police say.

When a 21-year-old female employee confronted the man, he pulled out a hypodermic needle and verbally threatened her, police say.

He then fled and was last seen going east on Huntingdon Street, according to authorities.

Surveillance video from the incident shows a struggle at the exit doors of the store between the suspect and a female as he attempts to leave. It can be viewed below:

The suspect is described as a 25-year-old white male who stands 5'10" tall with a thin build and dark blonde hair. He was last seen hearing a blue hoodie and blue jeans.

Police ask if you see the suspect to not approach him and call 911 immediately.