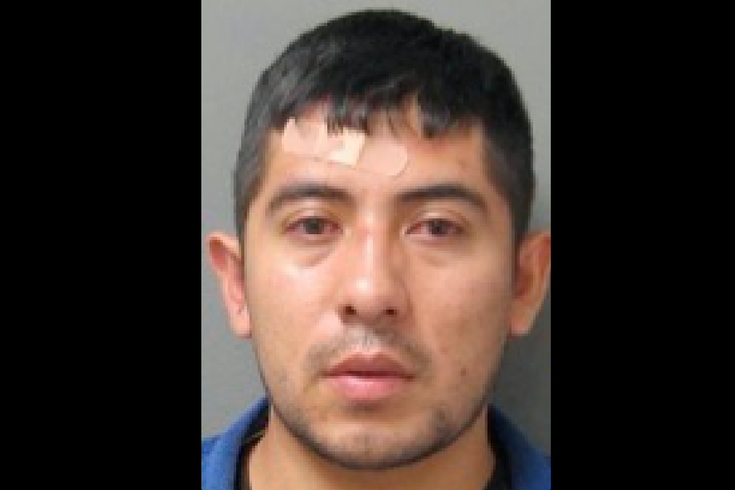 Juan Hernandez-Lino, 24, of Stratford, New Jersey, was arrested early Monday, Dec. 21, 2015, after allegedly leading police on an eight-mile chase while his car was missing a front tire.

Police in Delran, New Jersey, reported that on Dec. 21, an alleged drunken driver led police on a slow, eight-mile chase down Route 130, while he was missing the front passenger-side tire on his car.

According to police, at about 2:52 a.m. Monday, an officer observed a vehicle traveling south on Rt. 130 near Fairview St. while missing a front passenger's side tire.

Police said the officer attempted to stop the vehicle but the driver, Juan Hernandez-Lino, 24, of Stratford, New Jersey, failed to stop.

Hernandez-Lino then led the officer on a slow-speed pursuit, of about eight-miles, a representative of the Delran Township Police said, ending the chase on Rt. 73 in Maple Shade after the passenger side rim became so damaged that the vehicle could no longer continue.

Hernandez-Lino was arrested and charged with eluding, resisting arrest, driving while intoxicated and numerous other traffic offenses. Police said that his bail has been set at $50,000 and he is now in custody at Burlington County Jail.