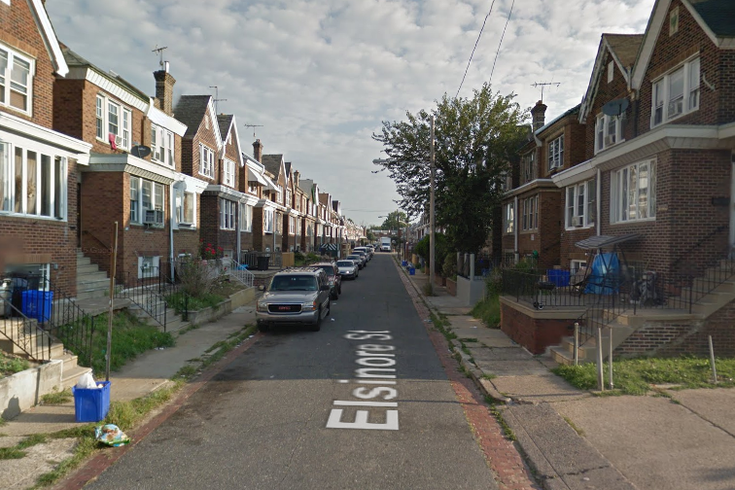 The 3800 block of Elsinore Street in the Juniata Park section of Philadelphia.

A suicidal man armed with a knife was shot by officers in the Juniata Park section of Philadelphia, police announced Sunday night.

The incident occurred Thursday around 10:50 p.m. on the 3800 block of Elsinore Street where a 26-year-old woman informed officers that her father was "intoxicated, armed with a knife and threatening suicide."

Authorities said two officers entered the home and observed the man sitting in the kitchen area holding a knife to his chest. After reportedly ignoring commands to drop the knife, the man allegedly raised it above his shoulder and moved toward the officers, according to police. One officer reportedly deployed a stun gun, but the man allegedly removed the prongs and continued to move toward the officers. The man was tased a second time but remained noncompliant, police said.

The officers retreated outside the front door. The man reportedly broke the door frame of the house to follow them. Authorities said that both officers fired their weapons, striking the man in the torso.

The man dropped to the ground and was disarmed. Medical personnel transported him to Temple University Hospital, where he is listed in critical but stable condition.

No other injuries were reported.

Both officers will be placed on administrative duty pending an investigation by internal affairs.

The District Attorney's Office will also review the case.