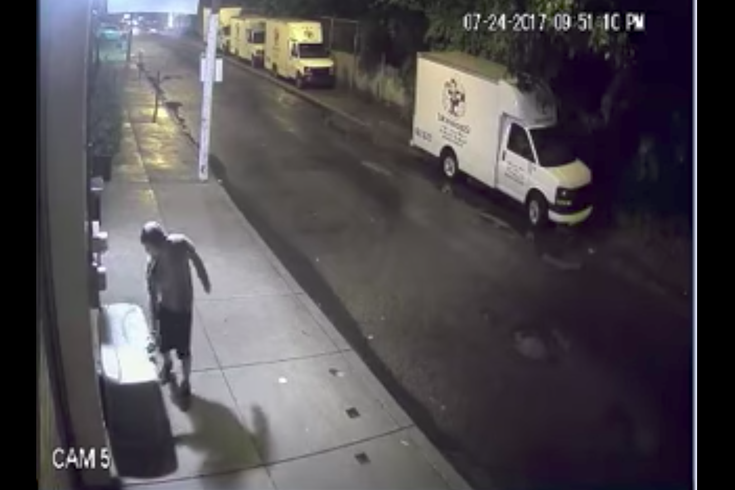 The video shows three suspects walking along the 1200 block of South 35th Street in Grays Ferry shortly before 10 p.m. Monday night. Two suspects can be seen spray-painting graffiti on the walls while a third acts as "a lookout," according to police.

Police found messages, including "kill a cop, save a life," along with depictions of a Molotov cocktail on three concrete pillars near 25th and Tasker streets on Monday evening. The police union is offering a $5,000 reward for information that could lead to an arrest, The Associated Press reported.

It's the second time in about a month that such messages were found in the city. In June, police found graffiti that also read "kill a cop, save a life" and a stenciled image of a Molotov cocktail along the 2100 block of Bouvier Street. The phrase "it is right to rebel" was also found.

Homeland Security officials were notified, according to the AP. Police reportedly believe the same people are responsible and assume juveniles are involved.

Watch the surveillance video below, and anyone with information should contact the Philadelphia Police Department at (215) 686-8477.