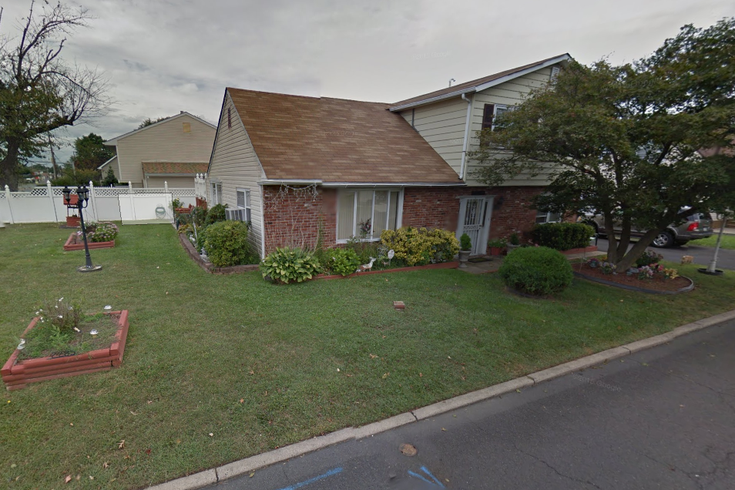 This screen capture shows the home that a driver crashed into on the 2200 block of Monroe Avenue in Bensalem.

Police in Bensalem are searching for a suspect who crashed his SUV into a home early Sunday morning and then fled the scene on foot.

According to authorities, the incident occurred around 5:00 a.m. on Knights Road when the suspect, who has not been identified, lost control of his vehicle on an embankment and slammed into a residence on the 2200 block of Monroe Avenue, 6 ABC reports.

Investigators said the SUV flew through the air and struck a neighbor's trees and shed before plowing into the home of Barrett Davis, who was asleep on the first floor just feet from the crash. Davis said the impact sounded like thunder and he rushed to check on his wife, Dolly, who was recently released from the hospital and sleeping nearby.

When Dolly stepped outside to see what happened, the driver reportedly told her to call 911 and then scrambled away. Police have yet to provide a description of the suspect, but they believe he was intoxicated at the time of the crash and was driving well over the posted 35 mph speed limit.

Crews removed the car from the home to prevent further damage and Dolly was taken to Aria Torresdale hospital to be treated for chest pain. She is expected to make a full recovery. The Davises were planning on selling the home, but will now have to await word from township inspectors who will determine whether the property can be inhabited.

Anyone with information on the whereabouts of the driver is asked to contact Bensalem Police at 215-633-3700.