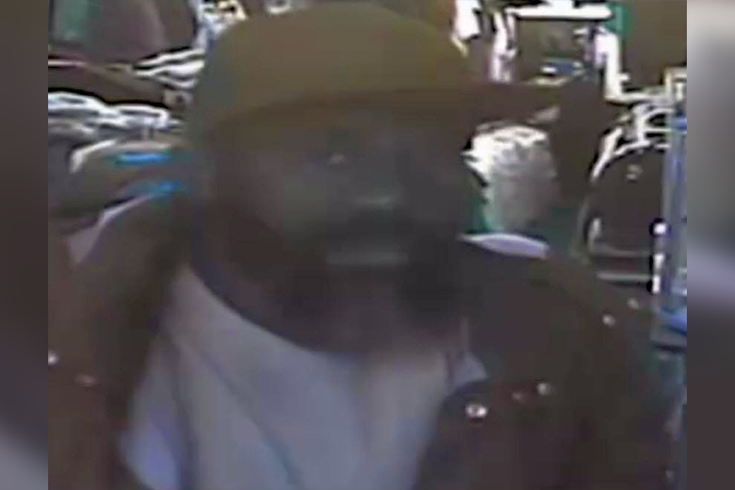 Police are asking the public for assistance Tuesday identifying a man who robbed five North Philadelphia businesses in a three-day span.

The first two incidents occurred Saturday while the rest took place Monday. During all robberies, the suspect displayed a handgun.

Around 11:45 a.m., the man entered the Park Men’s Wear located at 2635 Germantown Avenue. He threatened a 70-year-old female employee and took an unknown amount of money from the cash register before fleeing the scene on a bicycle.

Later that evening, the suspect struck again around 7:15 p.m. at a Burger King located at 701 West Lehigh Avenue. The man asked an employee for change of $5, but was told the cash register wouldn't open with a purchase. After ordering food, the suspect pulled out a handgun and obtained an unknown amount of money before fleeing the store.

The next robbery happened on Monday around 10:50 a.m. at the Rebecca Nail Salon located at 3547 Germantown Avenue. The man asked an employee to trim his beard, but was turned away. He returned a short time later with a handgun and stole an unknown amount of cash. The robbery was captured on surveillance footage in the YouTube video above.

Ten minutes later, the suspect asked for change at the Dunkin Donuts located at 2344 North Broad Street. When the employee opened the cash register, he pulled out a handgun and took an unknown amount of money. He was seen leaving the area on a bicycle.

The last incident occurred three hours later at another Dunkin Donuts located at 532 West Lehigh Avenue. The suspect swiped an unknown amount of money from a till that was on the counter fled on a bicycle.

Police describe the suspect as a black man in his mid-30's to 40's with a dark complexion and a long black and gray beard.