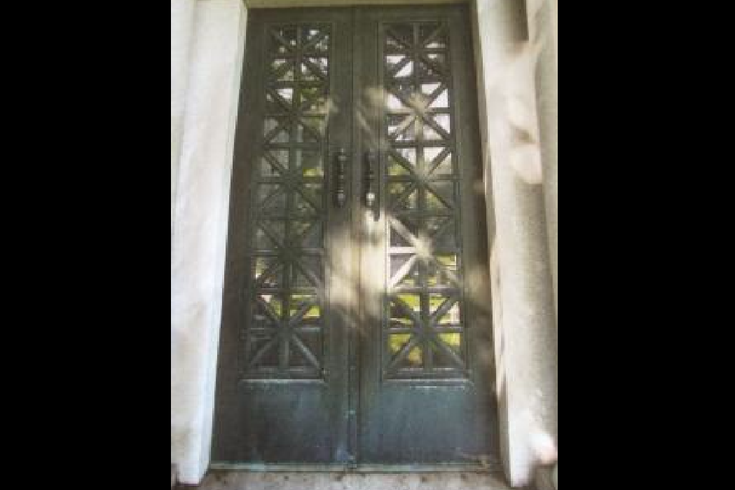 Philadelphia police say these two mausoleum doors that were stolen from a tomb in Laurel Hill Cemetery at 3822 Ridge Avenue, between 4 a.m. and 7:30 a.m. on Monday. The value of the doors is $25,000.

Philadelphia police are searching for two mausoleum doors that were stolen from Laurel Hill Cemetery in East Falls earlier this week.

Hoskins is baffled how the thieves got away with the doors.

"Until the police can come up with some ideas for us, we don't really know because as far as we know, nobody broke in, they might have gone underneath or over a fence," Hoskins said.

The value of the stolen property is estimated at $25,000, police said in a press release, and Philadelphia Police Chief Inspector Scott Small described doors as 6 feet tall and weighing about 800 pounds, according to 6ABC.

Police are asking anyone with information to contact Northwest Detective Division at 215-686-3353.