Pop quiz for parents: Can you pass the PSSA?

The standardized test is the main method used to evaluate students, teachers and schools in Pennsylvania 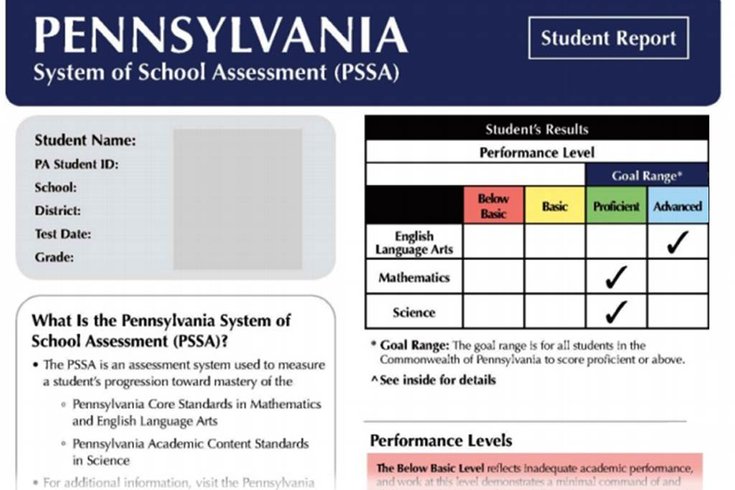 All Pennsylvania students in grades three through eight take the PSSA tests.

Winter break is just days away for most students, and it is safe to say few will be thinking about standardized tests, like Pennsylvania’s PSSAs, during their vacations

Which makes it prime time for a pop quiz … for our readers.

At the end of this article you'll find five questions (plus one for extra credit) originally included in sample tests posted on the Pennsylvania Department of Education’s PSSA site. The questions begin with third grade math and progress to seventh grade math. The bonus is a question from the eighth grade science test.

The PSSA – officially the Pennsylvania System of School Assessment – has been the primary tool for evaluating students, their teacher and schools under the the federal government’s No Child Left Behind Act.

Last week, President Barack Obama signed into law the successor legislation, Every Student Succeeds Act, which will continue to rely heavily on standardized tests like the PSSA’s in evaluating education systems but will also take into account other factors determined by individual states.

The three-week window for the PSSA begins April 11. The mathematics and reading tests are taken by all students in grades three through eight. Fourth and eighth graders also take science tests.

In general, U.S. students are improving in math and science, according to a Pew Research Center study published in February, although they still rank middle-of-the-pack internationally.

Among younger children, the future looks brightest. The Pew report cites the results of Trends in International Mathematics and Science Study, a test administered every four years and most recently in 2011, that shows U.S. fourth graders ranked eighth out of 50 countries in math and seventh out of 50 in science.

The bad news: For most who will take the following quiz, school days are over, maybe even ancient history. So presumably they were students at a time when Americans were less proficient in math and science than they are now.

Answers to the following questions are at the end of the article.

1. Third Grade Math:
Carla has a list of three numbers.

4. Sixth Grade Math
An art teacher makes a supply package containing sheets of red paper and sheets of green paper for each student in a class.