The PRNA is hosting its largest event yet, with community vendors, live music, and Easter-themed fun for all ages 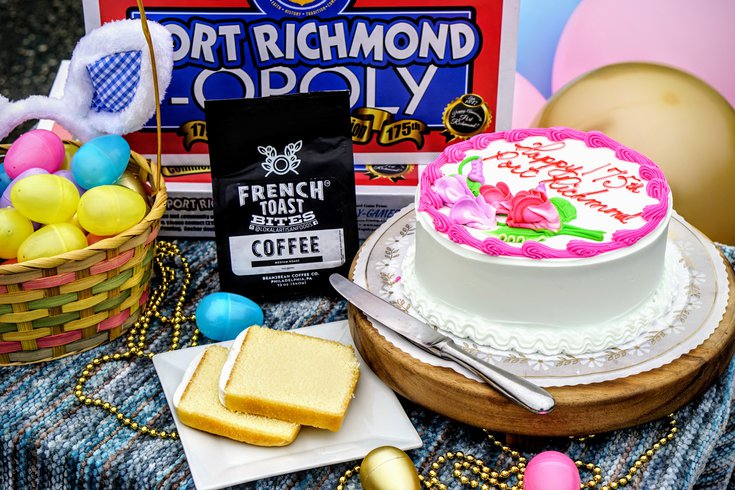 Port Richmond's 175th anniversary celebration will include many of the neighborhood's most popular restaurants and attractions. Stocks Bakery, known citywide for its pound cake, will donate a cake for the celebration.

Port Richmond has been an important part of Philadelphia's history since 1847. The long-standing community has been a hub for working class residents, predominantly of Polish and Irish descent. Though gentrification has hit the community, Port Richmond still has much of its traditional charm, and is well-known for its people, food, and community.

On Saturday, March 26, the Port Richmond Neighborhood Association will host the neighborhood's 175th anniversary block party, from 2 p.m. until 6 p.m at the Cohocksink Recreation Center.

RELATED: 'Cocktails for a Cause' benefit at 8 Philly and suburban restaurants to support Ukrainian refugees

The family-friendly event will feature Polish food, live music, a Monopoly tournament, a cake ceremony, and a citation from City Council commemorating the birthday celebration.

There will also be some Easter-themed activities for people of all ages, including a visit from the Easter Bunny and an egg hunt.

"We have been celebrating our neighborhood and its residents for nearly 10 years, and we are presenting our largest celebration to date with a little something for every age and taste," said Doris Steegmueller Lynch, PRNA president and event chair. "It is the perfect time to celebrate the spring weather and bring our neighborhood and community together."

The festivities will start at 2 p.m. with the beginning of the Port Richmond-Opoly Monopoly Tournament, followed by the start of the Easter Egg Hunt. The 501st Legion, a volunteer-run Star Wars costuming organization, will be on-site for photos with families.

Anyone can sign up to join the Monopoly tournament, for the chance to win a $500 cash prize. Sign ups are $25, and the form is available here.

There will be several live performances throughout the party. Tommy C, otherwise known as "The Voice of Tribute" will perform at 2 p.m., followed by a special performance from the Philadelphia School of Circus Arts' Youth Troupe at 3 p.m., followed by Miss Susan's Entertainment and Dance school.

Later in the day, there will be an appearance by the Polish American String Band, before the ceremonial portion of the party begins.

City Councilmember Mark Squilla will present PRNA with a special citation to commemorate the 175th anniversary, and the famed Stocks Bakery will donate a cake for the occasion.

The neighborhood association will also present an award for Senior of the Year to John "Lefty" Rajca. Rajca was President of the Friends of Campbell Square for 14 years, which is one of the neighborhood's most popular landmarks. He oversaw the grounds and was responsible for hosting up to 10 events each year. He currently volunteers on-air with WRDV 89.3.

Along with live performances and festivities, the Cohocksink Recreation Center and surrounding area will be decked out with local vendors for residents to mingle and shop around.