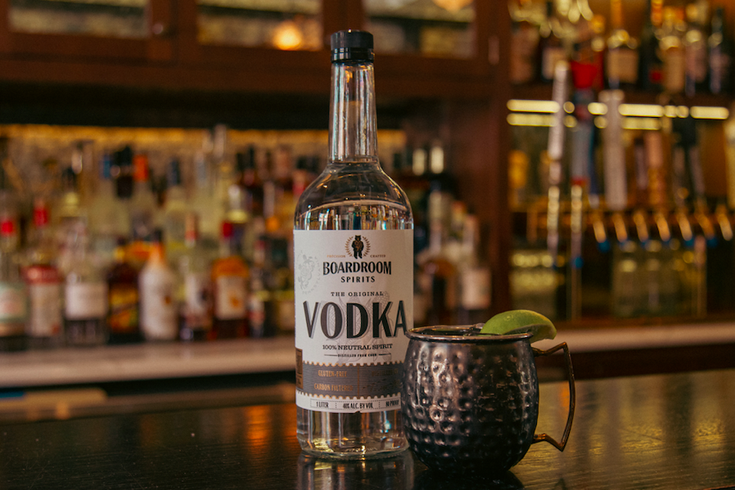 8 Philadelphia-area restaurants are raising funds for Ukraine refugees through the purchase of the 'Kyiv Mule,' made with Lansdale-distilled Boardroom Vodka, as well as 'Pinot for Peace' from Penns Woods Winery in Chadds Ford on March 28.

On Feb. 24, Russian military forces invaded Ukraine. Since then, more than 3 million people have fled their homes for neighboring countries, sparking a humanitarian crisis.

In Philadelphia, a city with the second largest population of Ukrainians in the United States, many residents have donated money or taken part in rallies over the course of the last four weeks in order to show solidarity and support for Ukrainians impacted by the violence in their home country.

RELATED: How to help people in Ukraine: Make a donation to a relief organization

On Monday, March 28, eight restaurants will take part in a "Cocktails for a Cause" benefit to support two charitable organizations that are helping to aid Ukrainian refugees and assist those who have not yet been able to leave.

Each of these restaurants under the Fearless Restaurants umbrella will serve their typical menus as well as two locally-sourced additions. The "Kyiv Mule" is made with locally-distilled Boardroom Vodka, and the "Pinot for Peace" is bottled at the Penns Woods Winery in Chadds Ford, Delaware County.

The decision to host the charitable benefit is close to home for one White Dog Cafe worker. Sam Whitaker, a bartender at White Dog Cafe in Haverford helped organize the fundraiser after making a personal connection in Ukraine just one week before the Russian invasion.

As part of the development of Whitaker's passion project — a digital currency-based charity — he hired Vika as a freelancer at the end of February.

Vika, a young mother living in Ukraine, had just started getting acquainted with Whitaker before Russian forces invaded Ukraine, sending her and her five-year-old daughter on a weeks-long journey to find safety and security outside of Ukraine.

"We started working together about a week before the invasion, when nobody knew exactly what was going to happen," Whitaker said. "Then the invasion happened and I followed along with her. They (Vika and her daughter) were moving from safehouse to safehouse around the country trying to stay ahead of the bombings. Just the other day, they took a 50-hour journey with an aid organization to get over the border into Poland. Now she's with family in a crowded home in Italy."

Vika's story is the basis for the one-night event, which is not Fearless' first foray into charitable fundraising. The organization does an annual event to raise money for Alpha Bravo Canine, which raises and trains therapy dogs for veterans with PTSD and traumatic brain injuries.

"Her story really inspired me to try to help," Whitaker said. "And luckily, working for Fearless, they have a charitable history. Hopefully, we can raise a bunch of money and help Ukrainians and refugees who haven't made it out yet. Ukrainians really just want to live their lives and they're not able to right now, at least without that constant fear of what's happening with the invasion."

Proceeds from the benefit will go to support two relief funds sending humanitarian aid and supplies to Ukraine. GlobalGiving has raised more than $16 million since the invasion, supplying Ukrainians with food, shelter, clean water, health services, and educational and economic assistance.

Flexport — a global trade platform — developed its own Ukraine crisis fund. The company is sending shipments of supplies to refugee sites in Poland, Romania, Moldova, and Slovakia, in order to help with large groups of incoming Ukrainians.

Cocktails for a Cause