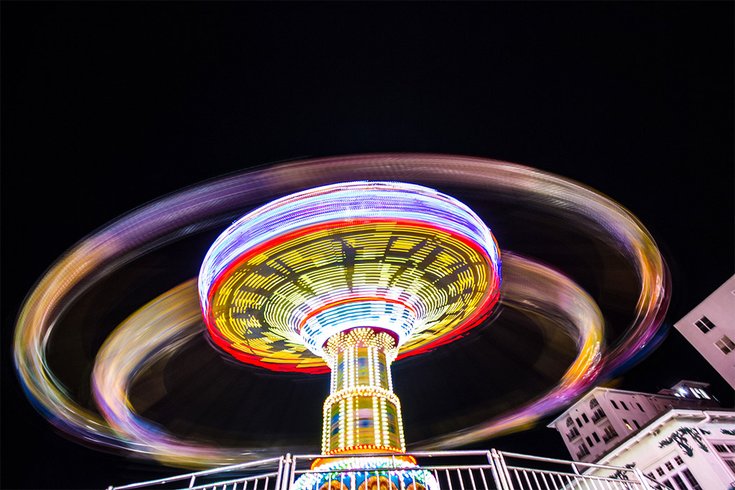 A ride whirls at Playland's Castaway Cove at 10th Street and the Boardwalk in Ocean City.

Some thrill-seekers were stranded Monday night when a power outage brought rides to a standstill at a popular Jersey Shore amusement park.

The electricity went out about 8:30 p.m. and remained off for 20 minutes at Playland's Castaway Cove at 10th Street and the Boardwalk in Ocean City.

According to Atlantic City Electric, a piece of equipment malfunctioned and will need to be replaced, the Press reported.