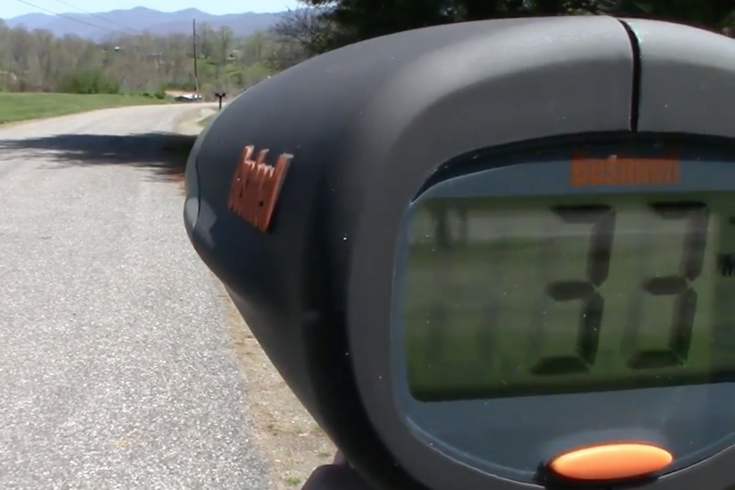 A radar gun in use.

Pennsylvania is the only state in the country which doesn’t allow its municipal police officers to use radar guns.

A newly proposed state senate bill wants to end the era of Keystone State exceptionalism on the matter.

Santarsiero, who represents parts of Bucks County, has seven co-sponsors on the legislation.

Municipal police officers would have to complete a training course, according to the proposed legislation, and would have to list signs warning drivers of radar use within 500 feet of municipalities’ borders.

During the first 90 days of radar use in a given municipality, drivers identified by radar would only be given written warnings as a sort of adjustment period.

Municipalities would also have to report the revenue generated from radar ticketing, according to the legislation, and if revenue generated exceed five percent of the police department’s budget, the excess money would be given to the Pennsylvania State Police for traffic safety purposes.

The bill was referred to the Committee on Transportation on Wednesday.