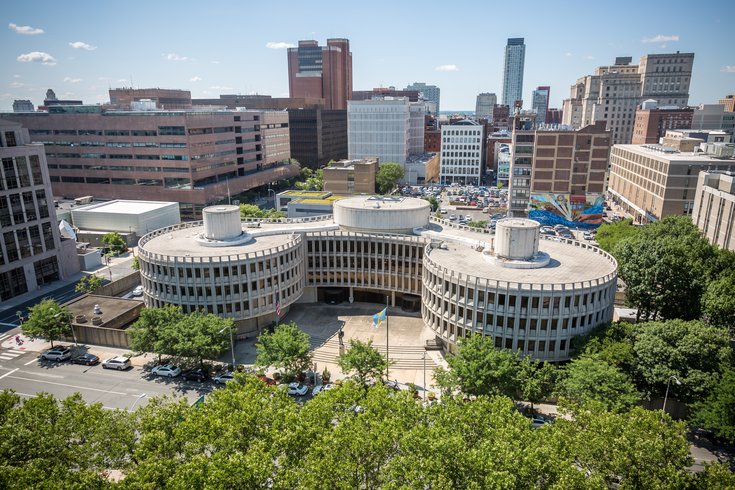 During an event to mark the park's 11th birthday, several protesters demanded an explanation for the lack of an information about the investigation of Jones' death in Feltonville on June 8.

Footage of the protest, filmed by Bob Stewart of The Spirit of the River Wards, was streamed earlier Monday via Facebook Live. In the video, two protesters confront Rendell and City Councilman Mark Squilla about the city's response to the shooting.

Jones, 30, was fatally shot by an officer who had initially stopped him for driving a dirt bike "in a reckless manner" at the intersection of Whitaker and Hunting Park Avenues. The 15th District officer, identified by police as Ryan Pownall, was transporting individuals to the Special Victims Unit when he pulled his vehicle over to question Jones, authorities said.

Pownall felt a gun in Jones' waistband during a pat-down and immediately drew his own weapon, leading to a struggle between the two men. Police said that as Jones broke away and fled down Whitaker Avenue, Pownall attempted to fire at him but found his service weapon would not discharge. He then cleared the stoppage and fired several shots, striking Jones multiple times in the back and buttocks. Jones was transported to Temple University and later pronounced dead.

In the aftermath of the shooting, Pownall was placed on administrative leave. Philadelphia Police Commissioner Richard Ross, responding to surveillance video of the incident, said that what he observed "gives me pause."

Pawnell, a 12-year veteran, has drawn close scrutiny from protesters because Jones' shooting marks the second time the officer has shot someone in the back as a member of the Philadelphia Police Department.

The case remains under independent review by the District Attorney's Office and will await consideration by a grand jury.

Outrage over the investigation has built in recent weeks as protesters mount demonstrations and sit-ins. During a Friday rally at Philadelphia Police Headquarters and City Hall, demonstrators demanded justice for Jones and urged city officials to show support for the victim's family. Some have questioned the city's policy of maintaining a distance from grieving families in the wake of police-involved shootings.