Amtrak and PennDOT have already announced modifications to services on Sunday 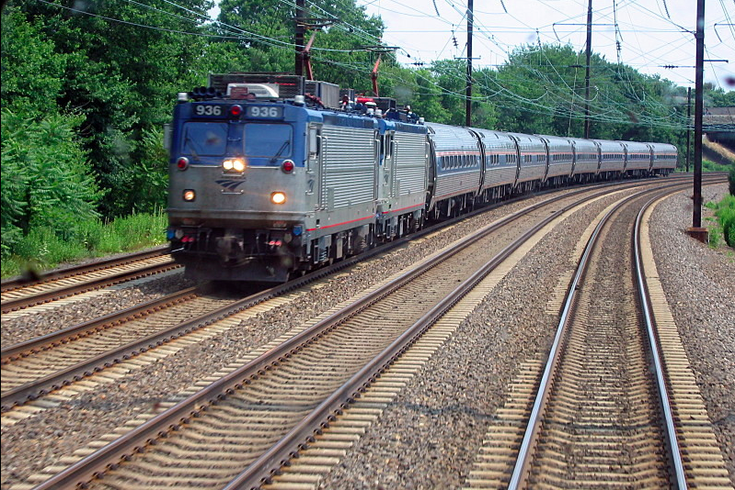 An Amtrak Regional train on the Northeast Corridor in New Jersey led by two AEM-7 locomotives.

As of Sunday afternoon, the impending winter storm has yet to touch down in the Philadelphia area.

But that's not stopping preparations for modified commutes on Monday morning, especially as predictions for accumulations have grown to between three and seven inches of the white stuff.

STORM RELATED: Winter Storm Scott: what to expect over the next 18 hours

The National Weather Service in Mount Holly, New Jersey has issued a Winter Storm Warning between Sunday afternoon and Monday. Rain is predicted to start before 5 p.m., followed by a mix of rain and snow. Accumulation could be up to three inches before the day is over.

Overnight, we could see up to seven inches of accumulation — disrupting Monday morning commutes.

To prepare for the storm, Amtrak has already modified service on the Pennsylvanian and Keystone trains. Below are canceled trains for Monday, March 4.

Pennsylvanian Train 42 with no alternate transportation

Service on the Northeast Corridor between Boston and Washington, D.C. and points south will continue to operate as scheduled, according to the announcement.

As of Sunday around 1:40 p.m., SEPTA has yet to cancel or adjust Monday morning service. Check the System Status for specific modifications on buses, trains, trolleys and Regional Rail.