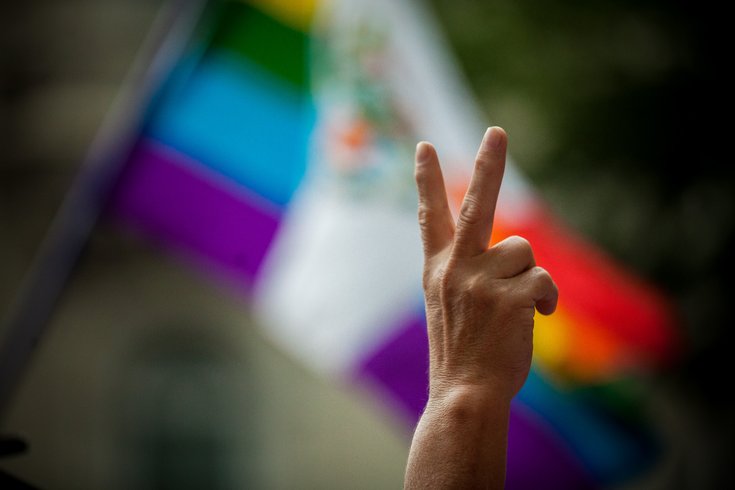 Thousands came to City Hall on Monday, Jun. 13, 2016 to join together in solidarity and to mourn those who died in the tragic shooting at the Pulse nightclub in Orlando, Florida.

The lawsuit accuses John Groff, the firm's office and marketing manager, of sexually soliciting the men and preying on other shooting survivors.

Nava and Nunez said they were contacted by Groff quickly following the 2016 shooting. The lawsuit claims that Groff created a Facebook group called "Survivors of Mass Shootings" as a way to find clients for the firm, creating a "database of vulnerable victims."

According to NJ.com, Groff told Nava and Nunez they had reasonable cause for legal action.

According to the lawsuit, Groff sent explicit and pornographic messages to Nava and Nunez throughout the trip, and Groff threatened to withhold money for their travel lodging and expenses when they rejected his soliciting. The lawsuit includes several screenshots of text messages between Groff and the two men.

In two statements issued Monday, both Groff and Benedetto disputed the allegations.

"At no point during our interactions – which were always friendly and informal – did Javier or Brian give me any sense that they had a problem," Groff said in a statement.

"I believe this legal complaint is full of incorrect facts and serves as nothing more than an attempt to destroy my professional reputation. I look forward to the opportunity to correct the record and prove that this lawsuit has no merit."

Overall, the lawsuit's claims include sexual harassment, discrimination, retaliation, and fraud, as well as negligent hiring, training, and supervision of Groff, naming Benedetto.

Groff was also sued while working for Benedetto in 2015.

A previous lawsuit against the firm alleged that Groff offered to keep a client, Javier Castillo, out of jail in exchange for sex with Castillo and his girlfriend. According to the lawsuit, Benedetto made the proposition several times, and once Castillo's girlfriend became pregnant, the firm's interest in representing Castillo notably dropped.