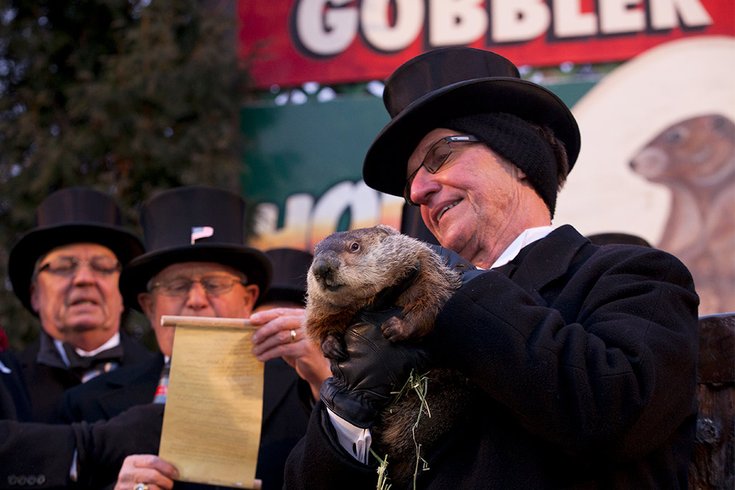 Members of the Punxsutawney Groundhog Club’s Inner Circle present Phil the groundhog at Gobbler's Knob in Punxsutawney, Pa., on Feb. 2, 2013.

The handlers of Pennsylvania’s famous groundhog said it called for six more weeks of winter after seeing his shadow at dawn Friday.

Live every Feb. 2, members of the Punxsutawney Groundhog Club’s Inner Circle – the men who organize the event and provide Phil's care –brought the rodent out of his den in front of a large crowd as cameras beamed his image around the world, USA Today reported.

The annual Groundhog Day event, which has gained international appeal, in part through a popular 1993 movie starring Bill Murray, is based on a German legend. The Candlemas legend says if a furry rodent casts a shadow that day, winter continues. Spring comes early otherwise.

In reality, the annual winter prediction is already decided by dawn of Groundhog Day by the group on Gobbler’s Knob, outside Punxsutawney about 65 miles northeast of Pittsburgh, the Associated Press reported.

Thousands of people gathered overnight to await the forecast in the bitter cold – about 11 degrees – entertained by folk music and fireworks, the AP reported.

According to records dating to 1887, Phil has predicted six more weeks of winter 103 times and an early spring just 18 times — including in 2017.