Finn and Amagansett located off the coast; Mary Lee remains a mystery

First up was Finn, a 4-footer, according to OCEARCH, a nonprofit research organization which has tagged the sharks. 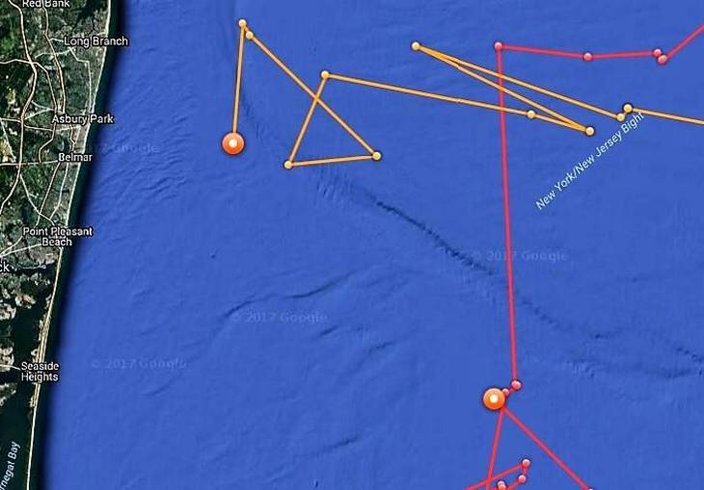 Finn's been zig-zagging for 272-miles off Long Island recently, but he returned to the Jersey coast, where he had been earlier in September, pinging with his locator device at 8:14 a.m. Thursday off Asbury Park. 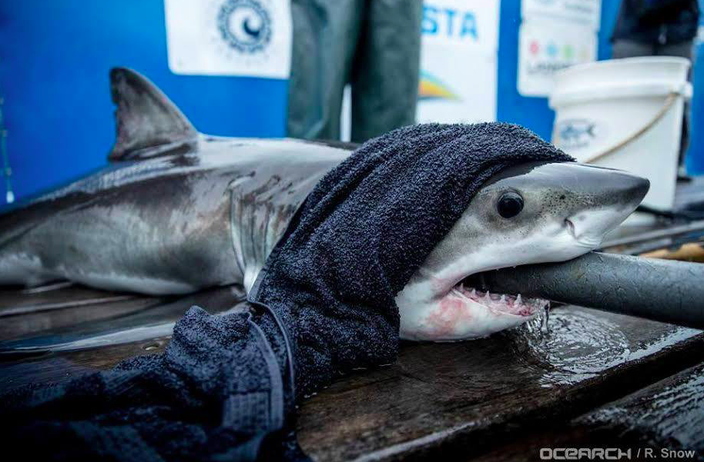 Great white shark Finn, tagged by OCEARCH in August, will be tracked along the Atlantic Coast for years to come.

Not located since June 17 is the mature shark Mary Lee. She last pinged off Long Beach Island on June 17.