Lakewood BlueClaws president: 'We want to show the LGBT community that they ... will be welcome' 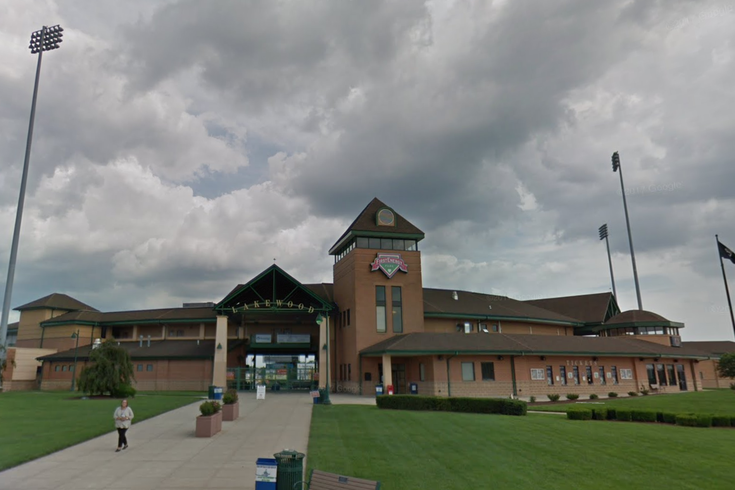 A view of the entrance to FirstEnergy Park, home to the Lakewood BlueClaws. The team, a minor league affiliate of the Phillies, is hosting a Pride Night event on June 8. A rabbi's condemnation of the event has led to a scheduled protest two days before the event.

A conservative rabbi is calling for a protest of the Lakewood BlueClaws' Pride Night event on June 8, asking for "fellow Jews" to oppose the "homosexualization of a very religious community" at a rally Thursday.

The BlueClaws, the Class A affiliate for the Philadelphia Phillies, play their games at FirstEnergy Park in Lakewood Township.

The team has organized a Pride Night event for a home game on June 8, celebrating LGBTQ Pride Month by handing out rainbow-colored BlueClaws hats to the first 1,500 fans in attendance, a giveaway sponsored by Coca-Cola. The team also will put on a fireworks display after the game. The BlueClaws event was announced in February.

This week, Yehuda Levin, a far-right rabbi from New York who once ran for mayor of New York City, posted videos to social media, including his YouTube channel, condemning the event and calling for a protest, according to Patch.

In the wake of Levin's videos, flyers reportedly have been circulated around the Lakewood area ahead of the protest on Thursday, which is proposed to take place near the BlueClaws' ballpark two days before the team's event:

The park is less than a mile from Yeshiva Orchos Chaim, a private all-boys Jewish school for students in kindergarten to eighth grade, and the Beis Knesset Cedarwood Hills, an Orthodox Jewish synagogue.

According to the Lakewood-centric news source Greater Lakewood, a 25-year-old follower of Levin's is behind the local flyer.

The flyer describes Lakewood as a "religious yeshiva town" and questions how the Pride event was approved there and notes none are talking place in nearby communities like like Brick, Toms River, Jackson, and Howell.

Team officials told Patch the event is still on, despite "some individuals ... choosing to display intolerance rather than embrace the true spirit of the night."

Last August, NJ.com reported on a growing Orthodox Jewish population in the state’s Ocean and Monmouth counties, including a thriving religious community in Lakewood.

This past April, Brick Township Mayor John Ducey caught flak on social media for failing to condemn an anti-Semitic tweet. He later apologized.