Burmese restaurant Rangoon to close in Center City after 28 years 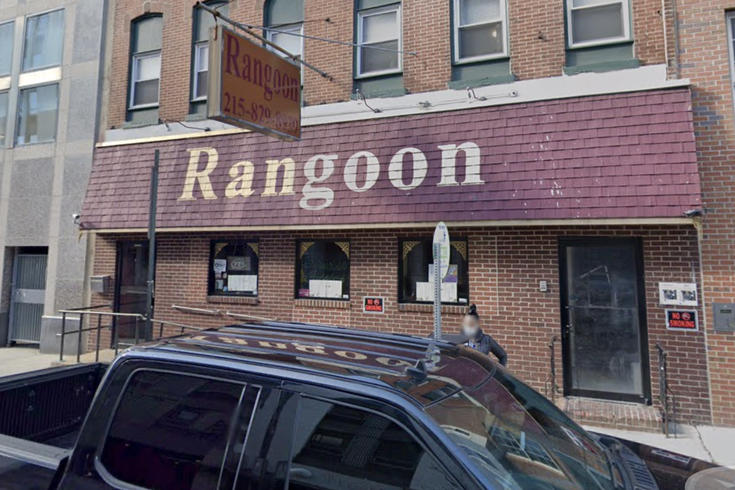 Rangoon has been at 112 North 9th Street since 1993, but the popular Burmese restaurant in Philadelphia's Chinatown is expected to close at the end of the year.

Burmese restaurant Rangoon, one of Chinatown's most popular places to eat, will close at the end of 2021 after 28 years in Philadelphia.

The restaurant at 112 North Ninth St., known for its delicious Southeast Asian noodle dishes and seafood, announced the upcoming closure in a statement Tuesday afternoon on Facebook. Until the end of the year, the restaurant only will be open for takeout.

To All Our Valued Guests and Friends It is with great sadness in our heart that we announce the closing of Rangoon...

"What we began as a tiny 32 seat restaurant grew into a place that had welcomed over a hundred," the restaurant owners wrote. "We are extremely humbled that so many embraced our restaurant and that we were able to succeed as long as we had ... We would have to say this has been a greatest privilege serving all of our guest."

Christine Gyaw, one of Rangoon's owners, explained in a phone call Tuesday that the time had come to say goodbye to the restaurant.

"We are really tired, almost 30 years in this business," said Gyaw, who recently turned 64. "Right now, a lot of people want to buy our place. We are talking to some of the restaurant owners in Philadelphia."

Gyaw grew up in Burma (now Myanmar) and settled in Philadelphia after emigrating to the United States in 1990. A cousin of hers had three Burmese restaurants in New York City, and instead of moving up there to join her, she wanted to establish roots in Philadelphia.

When Gyaw met her partners, Jenny Louie and Chiu Sin Mee, they got together to cook and decided to open Rangoon together. The restaurants in New York have been closed for more than 20 years, but Rangoon lasted almost three decades.

"Rangoon is my baby," Gyaw said, adding that there remains an outside chance she may try to keep the business open beyond this year, if it proves feasible and ends up making sense for her to take it over fully.

But for those who want another chance to dine at Rangoon, placing an order before the end of the year will be the only sure bet.