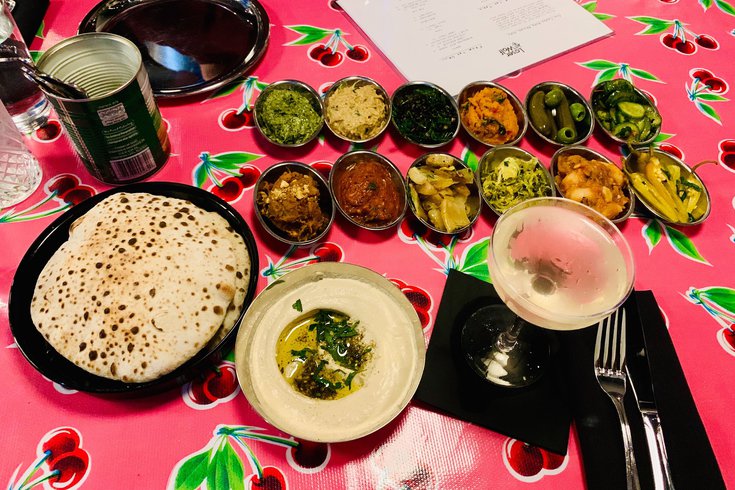 Laser Wolf's second location will be coming later this year to a rooftop space atop The Hoxton Hotel in Brooklyn.

The CookNSolo restaurant group, which owns the popular Israeli grill house, plans to open another Laser Wolf location atop the Hoxton Hotel in the Williamsburg section of Brooklyn, offering diners rooftop views of Manhattan.

The new Laser Wolf will feature a similar menu to the Philadelphia location, though it will offer brunch cuisine, too. The Philly restaurant is only open for dinner.

The restaurant is being opened in partnership with Chicago-based and James Beard Award-winning Boka Restaurant Group.

Laser Wolf opened in early 2020 in a remodeled warehouse in Old Kensington, just before the onset of the COVID-19 pandemic. It prepares its meat, fish and veggies on skewers over charcoal. It also is known for its hummus, salads and pita bread.

Owned by award-winning restaurateurs Michael Solomonov and Steve Cook, the restaurant derives its name from Lazar Wolf, the butcher from the musical "Fiddler on the Roof."

The expansion of CookNSolo to New York City comes as its network of restaurants in Philly continues to grow.

A fourth Goldie location just opened in Fishtown, and a new event space, called Lilah, is expected to open by next spring in the same spot. A new Federal Donuts soon will open next to the planned Victory Brewing Co. taproom along the Benjamin Franklin Parkway in Center City.

CookNSolo is behind other popular Philly restaurants like Dizengoff, K'Far and Abe Fisher.