The popular Israeli-style restaurant is coming to the neighborhood this summer, while the new hospitality venue is expected to start welcoming guests next spring 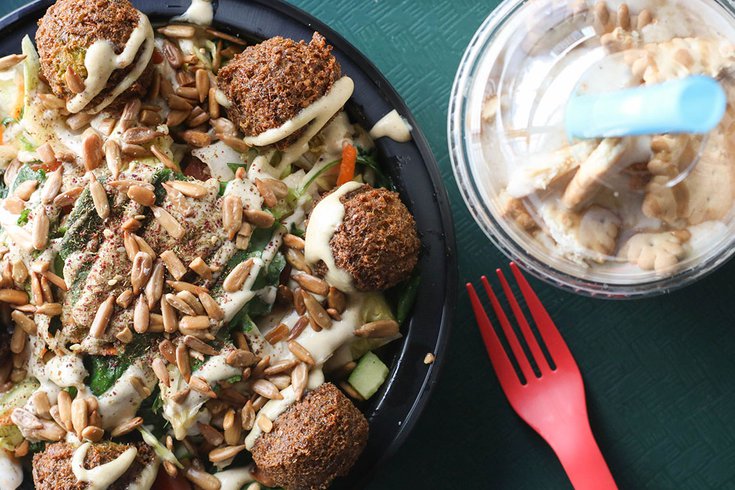 Goldie has become known throughout Philly for its falafel, fries and tehina shakes.

CookNSolo, the restaurant group helmed by James Beard Award-winning restaurateurs Michael Solomonov and Steve Cook, will further expand its footprint in Fishtown over the coming year.

A fourth Goldie location and a brand-new large event space called Lilah will be coming to 1601 North Front St. at the corner of Oxford Street, the restaurant group announced Tuesday on social media.

CookNSolo's fourth Goldie in Philly will open this summer, while Lilah is expected to begin hosting special events next spring.

The new Goldie location will be set up in front of Lilah, which occupies a 7,000-square-foot hospitality space, according to the Philadelphia Business Journal. Once open, Lilah will be able to host as many as 250 guests for events like weddings or bar and bat mitzvahs.

The forthcoming location of Goldie and Lilah had previously served as the headquarters and test kitchen for Honeygrow for five years, according to the Inquirer.

The same architecture firm that designed eateries such as K'Far, Abe Fisher, Dizengoff and several Federal Donuts locations will be tasked with putting together the new space.

CookNSolo culinary director Caitlin McMillan and events director Neira Jackson are also involved in the event space. Lilah is expected to hire 30-50 employees before opening in 2022.

Known for its falafel, fries and tehina shakes, Goldie is entirely vegan and kosher. The popular Israeli-style restaurant already has three locations across Philly in Center City at 1526 Sansom St., in Franklin's Table Food Hall at 3401 Walnut St. in University City and in the Whole Foods Market at 2101 Pennsylvania Ave. in Fairmount.