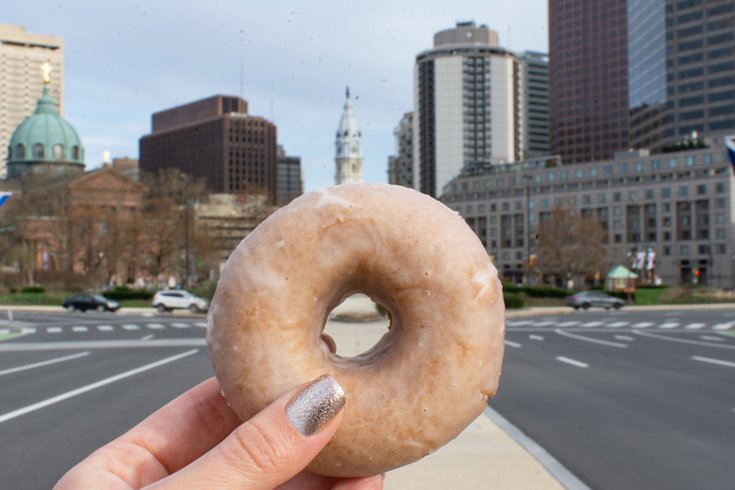 Federal Donuts will open its 10th location in 2021 at The Terrace on 18th along the Benjamin Franklin Parkway. It aims to open in late summer.

CookNSolo's Federal Donuts is set to open its 10th location this summer along the Benjamin Franklin Parkway.

The fast-casual eatery known for its doughnuts, coffee and fried chicken will occupy around 1,500 square feet on the ground floor of The Terrace on 18th, a Pearl Properties apartment building.

The new Federal Donuts will have more seating than any other location, bolstered by an expansive, raised outdoor patio. When open, there will be around 30 seats inside and 25 seats outside.

The Terrace on 18th, along with Federal Donuts and previously announced tenant Victory Brewing Co., are all currently under construction. 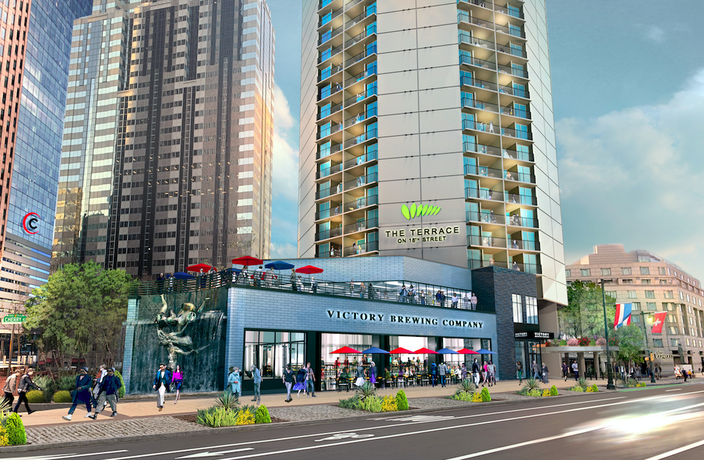 A rendering of where Federal Donuts and Victory Brewing Co. will open in 2021.

The Terrace on 18th will welcome residents starting in June. Federal Donuts aims to open in the late summer and the Victory taproom should be available for libations in late summer or early fall.

Recently, the Sansom Street Federal Donuts location closed and temporarily moved into the space occupied by CookNSolo's former restaurant, The Rooster. In October, Federal Donuts opened its ninth store at the corner of 12th and Ludlow streets inside the Canopy by Hilton. The other locations are scattered across the city.