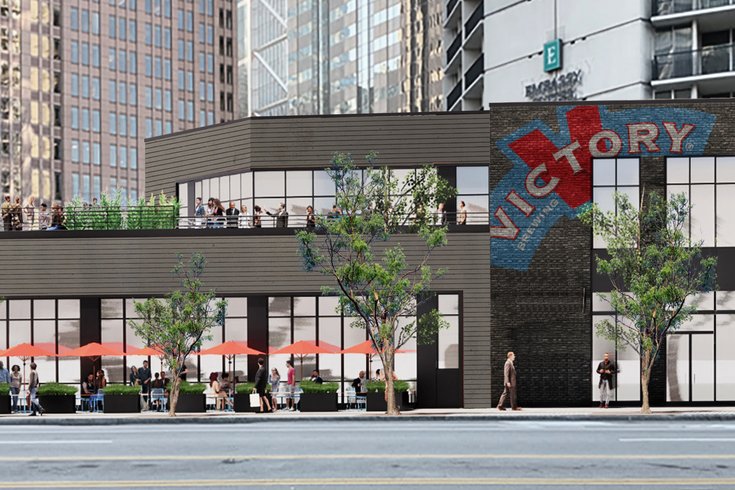 An architect's rendering of the new Victory Brewing Co. taproom on the Benjamin Franklin Parkway in Philadelphia. It is scheduled to open, replacing the current TGI Friday's there, in late 2020.

Victory Brewing Co., which opened its doors in Downingtown, Chester County, in 1996, now plans to opening a 14,000-square foot taproom and brewery in Philadelphia's Logan Square in late 2020.

It will be located at 1776 Benjamin Franklin Parkway, where the TGI Fridays is currently, and will feature a production brewing system, scratch kitchen, two inside bars and one outside bar, street level outdoor seating and a rooftop patio.

"In 2019, we rebranded our entire lineup, launched popular new brands like Twisted Monkey and Cloud Walker, and contemporized our marketing approach," Victory co-founder Bill Covaleski stated in a press release.

"This taproom represents the continued evolution of our brand. The experience in this taproom will be respectful of Victory's history but will also represent our next chapter."

Victory has taprooms in Parkesburg and Kennett Square, in addition to Downingtown. The new taproom will be Victory's first in Philadelphia.