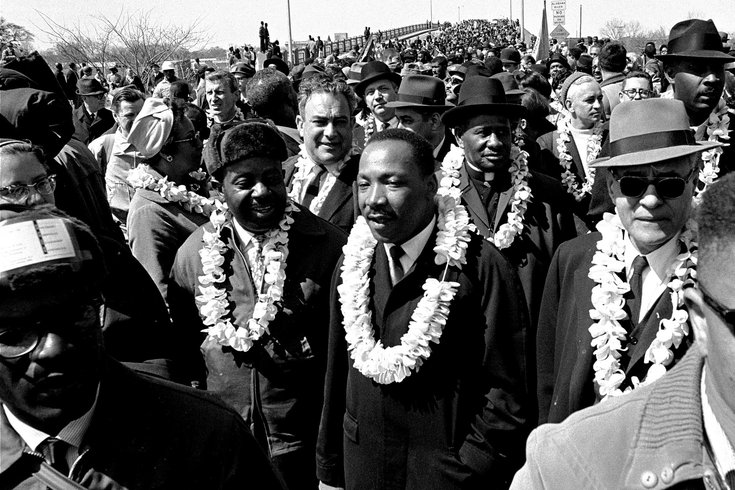 This March 21, 1965 file photo shows Martin Luther King, Jr. and his civil rights marchers crossing the Edmund Pettus Bridge in Selma, Ala., heading for the capitol in Montgomery.

A record 95 members of Congress will make a civil rights pilgrimage to Alabama next month for the annual event organized by the Faith and Politics Institute, USA Today reports.

This year, the largest number of Republicans will participate in the pilgrimage since the first one was held in 1998.

According to the Faith and Politics Institute, 13 senators — seven Democrats, five Republicans and one independent — were confirmed to attend as of Wednesday afternoon. There will be 82 members from the House, including 64 Democrats and 18 Republicans.

The delegation of House members and senators will spend March 6-8 in Birmingham, Montgomery, Selma and Marion for the 50th anniversary of the historic voting rights marches in 1965. President Barack Obama will join them on March 7 in Selma to commemorate Bloody Sunday, when state troopers attacked marchers as they tried to cross the Edmund Pettus Bridge on their way to Montgomery to demand voting rights for African-Americans.

Alabama native and Democratic congressman John Lewis of Georgia, who was among those beaten during the 1965 march, leads the annual trip to Alabama.

The trip is at capacity and registration is closed, organizers said.