Report was scheduled to be unveiled Friday morning 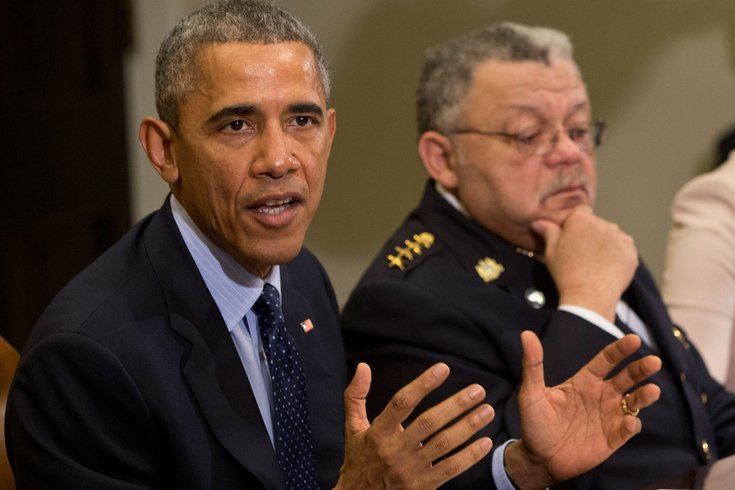 President Barack Obama speaks during a meeting with members of the Task Force on 21st Century Policing, Monday, March 2, 2015, in the Roosevelt Room of the White House in Washington. At right is co-chairman Philadelphia Police Commissioner Charles Ramsey.

In the wake of the shooting death of Philadelphia Police Officer Robert Wilson III Thursday, the U.S. Department of Justice has cancelled unveiling a report on the use of deadly force by Philadelphia police Friday.
The report on collaborative reforms aimed at reducing police shootings was commissioned by Police Commissioner Charles Ramsey.
Federal officials started looking into the department's use of force in 2013 after Philadelphia saw more than a 120 police-involved shootings in two years.
Patty Hartman, spokeswoman for the U.S. Attorney's Office in Philadelphia, said the release of the report will be rescheduled.  Mayor Michael Nutter was scheduled to speak at a public event on the report at the U.S. Attorney's Office, but that event was also cancelled.