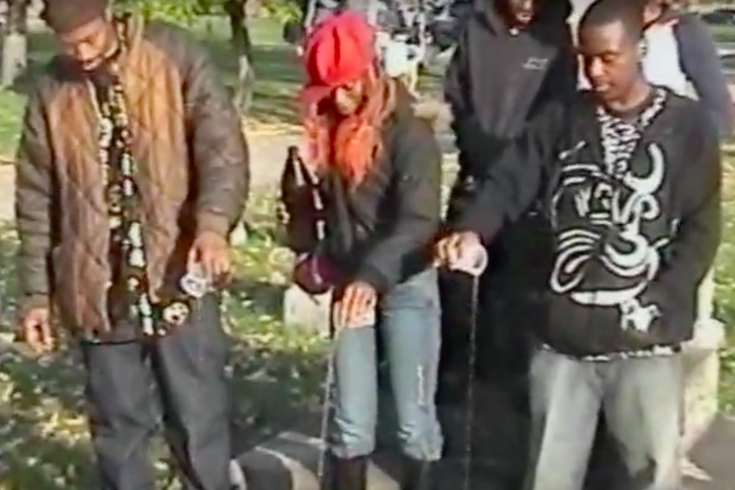 A screen grab from T Baby's 'It's So Cold in the D,' a 2008 rap song that went viral in a time before viral videos were a thing.

It’s sure been cold outside this week, huh? Suppose that’s just part and parcel of living in northeastern America as winter approaches.

But enough about the weather in and around Philadelphia. This isn’t a story about all that.

What this story is about is how it’s so cold in the D.

As in Detroit, Michigan.

And that’s a reference to the 2008 banger from rapper T-Baby entitled “It’s So Cold in the D,” a video that went viral before viral videos were even a thing.

This is about the point of the story where you’re asking yourself, “Why the heck is Hickey writing about a music video from 2008 that many of his readers have never seen and heard?”

I have an answer, but first, some backstory.

The other day, I asked PhillyVoice’s resident millennial defender Daniel Craig whether he was familiar with this work of artistry. He wasn’t, so I don’t have much faith that very many millennials do. That’s why this post is so important.

Sure, he recognized the names Beavis and Butthead, whose twerking performance to the song launched it into the attention-span stratosphere way back when.

So, the answer is threefold:

1) Journalists are sworn to uphold the Code of Sharing Information With Which Their Audience May Not Be Familiar.

2) T-Baby, aka LaTonya Myles, is still in the rap game and she just dropped a new track in October, which prompted a flurry of regional coverage.

3) When I stumbled across T Baby’s original uploaded video from January 3, 2008, I realized that on the eve of its 10th anniversary, it is within striking distance of a major milestone.

Let’s take these one by one. Answer No. 1 is pretty straightforward so let’s move onto No. 2.

Here’s a look at T-Baby’s new banger, “Detroit Style.” Fair warning: It is rather profane.

Obviously, it won’t get the same traction as “It’s So Cold in the D.” Real talk, though: Nobody should expect to catch that kind of lightning in the bottle.

That puts it 442,878 shy of the 10 million-view threshold, which is a big damn deal in the Viral Video Game.

Since we’re in the season of giving and all, I couldn’t help but think helping boost that song to 10,000,001 views before its 10th anniversary would be a blessing for not only T-Baby, but for people suffering through the cold whether that be in Detroit or anywhere on earth.

So anyway, I got T-Baby on the phone from Detroit this week to talk about life since January 3, 2008. Suffice it to say, she still thinks it’s cold – perhaps, even colder than before – not only in the D, but all over.

T-Baby's ballad isn't so much a reflection on temperature as it is an impactful condemnation of how people treat one another.  It is, at times, pitchy. 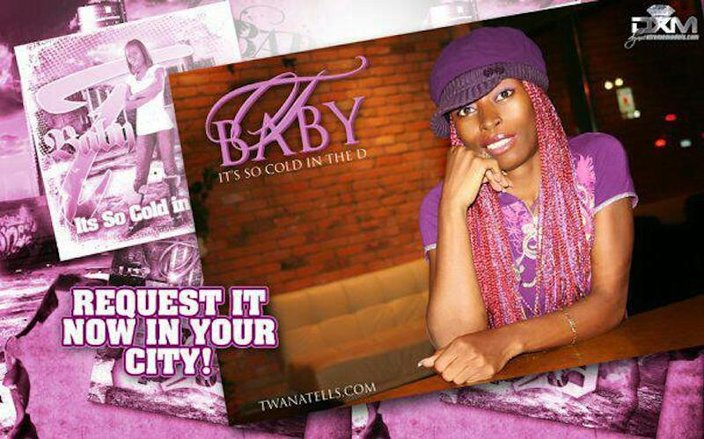 T-Baby, aka Latonya Myles, says she's still working on music 10 years after her 'It's So Cold in the D' achieved viral fame.

In the video, she's surrounded by family members. They dance in the background (at one point, in a cemetery). T-Baby muses about the difficulty of keeping peace in a world of violence. Names of the fallen are shouted out.

"It's been cold since I was little," T-Baby told me on Thursday night. "Yes, it is still cold in the D. Life is cold. People are cold. It's really cold everywhere."

Things haven't been all that bad. She's still working on music, and said we can expect to hear a lot more of that coming soon. She's got a clothing line (and a themed T-shirt). Her 19-year-old son Lilamp and his girlfriend got out of the D and got a house out in North Dakota. Of that, she's quite proud.

"People will still be talking about me and the song after I'm gone. That makes me feel good." – T-Baby

She doesn't like the haters, though, and she still hears a lot from that sort. Some of it stemmed from her stance that people laugh off the song instead of hearing the lyrics.

"They don't try to hear my message," she said. "Then, they start hating on me, making fun of me. I got a lot of haters. 'Go back to Africa' comments. Threats. People will text and call my phones. I don't trust anybody.  People will look you in the face being nice and talk about you behind your back. Do I have friends? No."

The family members in the video? "We weren't close. They just wanted to be in my video," she said.

"It's OK. I'm at peace with myself," she said. "My song will be here forever. People will still be talking about me and the song after I'm gone. That makes me feel good."

So here's my ask: Don't you think that video getting another 442,878 views in the next three weeks would make T-Baby think the world's a little less cold? I do. So, tell your friends and family to go check it out.