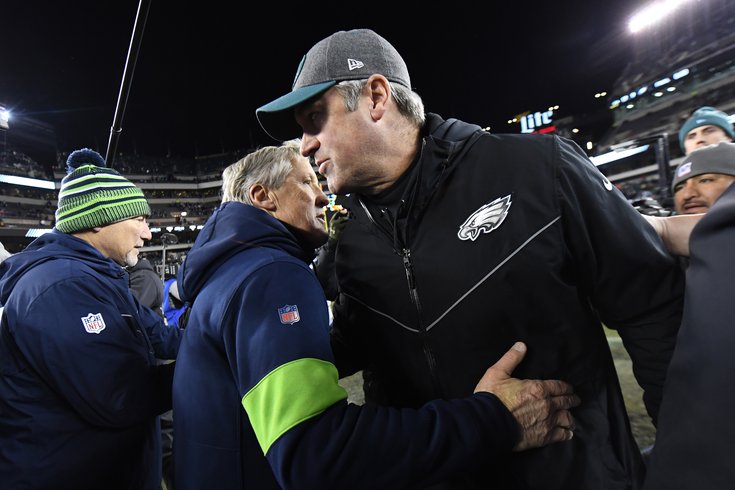 Former Philadelphia Eagles head coach Doug Pederson is beginning to get interest from other teams around the league for new coaching opportunities, according to Tom Pelissero of NFL Network.

The #Seahawks have spoken with former #Eagles coach Doug Pederson about their offensive coordinator job, per sources.

Fired five days ago, Pederson may also still end up drawing interest for another head-coaching job. His options are developing.

Fired on Monday, Pederson entered this coaching cycle late in the process, so there are only three teams left with coaching vacancies (that is if you don't count the Lions, who cannot officially hire Dan Campbell yet, but are expected to). Of course, one of those three teams is the Eagles.

If Pederson cannot find a head coaching job and he is not interested in sitting out for a year, the next best thing would be to land an offensive coordinator job with a team that has a defensive-minded head coach, where he can run the offense. The Seahawks, with Pete Carroll as the head coach, would apply.

There's certainly familiarity there, as Carroll has had to prepare his defense for Pederson's offense five times in the last five years.

From an "Eagles fan aesthetic" standpoint, the feeling here is that most fans would like to root for Pederson wherever he lands. Is that about right? If that's in Seattle, that'll be tougher to do.